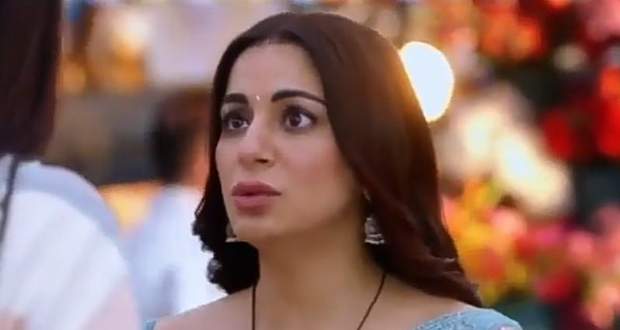 Today's Kundali Bhagya 15 January 2021 episode starts with Kareena rebuking Preeta and telling her that she is following the footsteps of her mother by blaming everyone in their house.

Kareena insults her and tells her to not interfere in her daughter's life while Karan tells her that there is no reason for Preeta to wrongly accuse Akshay.

However, Kareena threatens Preeta to not even think about creating problems in Kritika's wedding and also scolds Karan.

Mahira tells Sherlyn the incident while Sherlyn forms a plan to get Preeta even more suspicious of Akshay and get her scolded by Kareena.

Elsewhere, Karan tells Preeta to stop doing what she is doing and assures that he will be the first person to support her if Akshay turns out to be a bad guy.

Next morning, Mahira and Sherlyn purposefully make up a conversation that they saw Akshay with a girl seeing Preeti coming towards them.

Preeta meets with Srishti and tells her that Sherlyn and Mahira know about Akshay's affair but do not care about Kritika.

She says that they will have to save Kritika and plans to go to Akshay's house to gain evidence.

Srishti suggests taking Kritika and Sameer with them to distract Akshay and his family.

Later, they reach Akshay's house and give his parents  Shagun while Sameer and Srishti request for many types of breakfast for them which busies his parents.

Preeta tells Kritika to help her mother-in-law in the kitchen and she goes while Srishti and Preeta go to Akshay's room to find something against him.

© Copyright tellybest.com, 2020, 2021. All Rights Reserved. Unauthorized use and/or duplication of any material from tellybest.com without written permission is strictly prohibited.
Cached Saved on: Tuesday 2nd of March 2021 10:41:56 AM