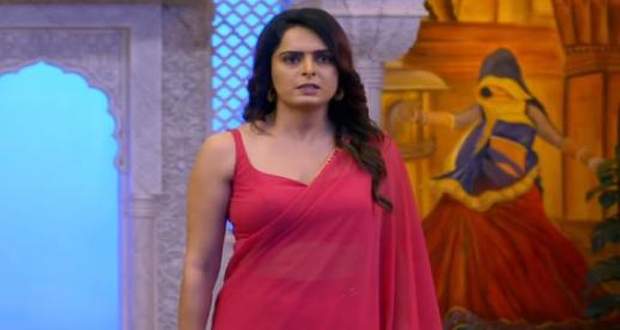 Today's Kundali Bhagya 15th June 2022 episode starts with Rishabh apologizing to Preeta for interrupting her before entering the room to talk to her.

He tells Preeta that he is not trying to take Karan's place and that she will always be Karan's love and his friend.

Preeta cries getting emotional while Rishabh offers her a handkerchief and leaves the room to give her privacy.

Elsewhere, Prithvi drinks and gets angry while Sherlyn comes there and says that she wants to be Rishabh's wife again.

However, Sherlyn reveals that Rishabh had threatened to put her in jail if she didn't divorce and she reluctantly signed the divorce papers.

Prithvi tells Sherlyn that they will get back everything they deserve and forms a plan.

Back at the Luthra house, Mahesh apologizes to Rishabh for forcing him to marry Preeta while Rishabh replies he doesn't feel bad.

They both leave the room while Prithvi and Sherlyn come there with the plan to kidnap Preeta and put Sherlyn in her place.

Further, the wedding starts while Shrishti worries that Preeta might leave the wedding in the middle as Sameer tries to calm her.

Meanwhile, Prithvi kidnaps Preeta while Sherlyn takes her place and hides her face with the dupatta as a veil.

The wedding continues while Prithvi takes Preeta to the storage room where he threatens an already sitting priest with a knife to complete his wedding with Preeta.

At the same time, Shrishti notices the body language and hand of the bride and goes to find Preeta after getting suspicious.

Sameer follows after Shrishti and she reveals her doubts to him when they suddenly hear Preeta whimper and follow the sound.

They reach the storage room to see Prithvi forcefully marrying Preeta and get shocked.

© Copyright tellybest.com, 2022, 2023. All Rights Reserved. Unauthorized use and/or duplication of any material from tellybest.com without written permission is strictly prohibited.
Cached Saved on: Monday 21st of November 2022 10:13:47 AMCached Disp on: Monday 5th of December 2022 12:53:49 PM