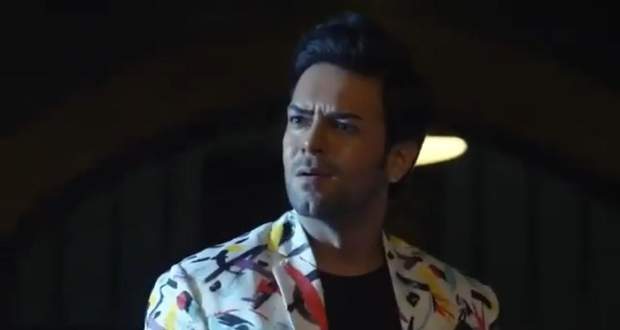 Today's Kundali Bhagya 16 April 2021 episode starts with the constable lady giving Preeta a pillow and telling her to not inform anyone about it.

Preeta hugs the pillow and remembers her moments with Karan while a constable comes there and tells her that someone has come to her on orders from higher authorities.

She thinks that Karan has come but gets disappointed seeing Prithvi.

He thanks her for agreeing to meet while she says that she would have declined if she knew that it was him.

He talks badly about Karan and tries to instigate her against him but she tells him to leave.

He says that he would even kill someone for her while she remembers something and asks him if he killed Akshay.

Elsewhere, Mahira comes to her room and picks up the call while telling the caller to not call her again as she has already transferred the money.

However, Sameer overhears the conversation and wonders whom she transferred the money to.

Sherlyn is taking the jewellery while she starts having contractions and sits on the sofa.

Pammi comes there and admires the jewellry while Sherlyn kicks her out after which she plans to take revenge.

Meanwhile, Prithvi tells that he meant to say that he would go to jail a thousand times for her and keeps insulting Karan.

Preeta stops him shows him the pillow saying she knows Karan came to meet her as it is the same pillow he cannot sleep without and shows him the Faloda he has sent for her while remembering her moments with him.