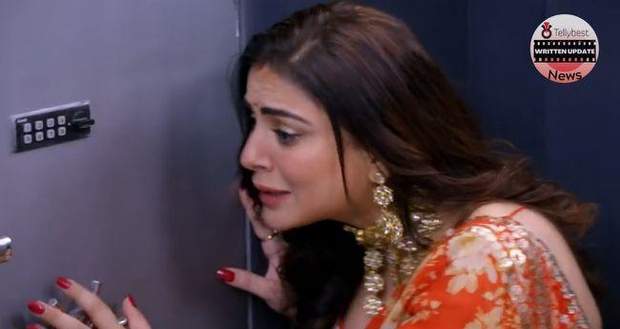 Today's Kundali Bhagya 16th September 2022 episode starts with Dadi telling Arjun that everyone believes him to be Karan and asks Arjun to admit it if it's true.

Kareena also asks him how he knows the locker password which only Karan knows.

Arjun tells them not to think of him as Karan.

Just then Kritika comes there and tells everyone that Arjun knows more about them than they have given credit to him and also knows about Sherlyn and Prithvi and their connection to the Luthra house.

She also tells everyone that Arjun is her brother who came into their lives and became theirs and has saved them many times just like today when he choked Prithvi to get the password out of him.

Arjun agrees with Kritika’s explanation to save himself from being exposed.

Rishabh apologises to him for misunderstanding and hugs him for saving Kavya.

Later, Preeta calls him Karan which stops him but he moves on until she again calls him Suryavanshi and thanks him for saving Kavya.

Elsewhere, Prithvi watches over sleeping Sherlyn and tells her that he would never have loved her if he had met Preeta.

Prithvi is thinking of divorcing Sherlyn due to Preeta when Sherlyn wakes up and Prithvi gets scared.

Meanwhile, Shrishti praises Arjun to Sameer while calling him chivalric.

Sameer gets jealous and asks her does she like her more than him.

Later, Shrishti and Sameer caught up in a pillow fight and confess their love for each other.

Meanwhile, Rishabh apologises to Preeta for being rude to her while Preeta also apologises for instigating his rudeness.

Later, Arjun is reminiscing about the events at the Luthra house and feels guilty for lying to his family.

Just then, he sees Anjali and calls her inside and thanks her for taking care of him in his weak moments.

Anjali tells him to not go to Luthra's house because they have started suspecting him.

However, Arjun complains about Preeta who has no hint of him being Karan despite her promises.

Anjali once again gets angry but Arjun charms her and promises her that he will not betray her sister and will go back to London after taking her revenge.