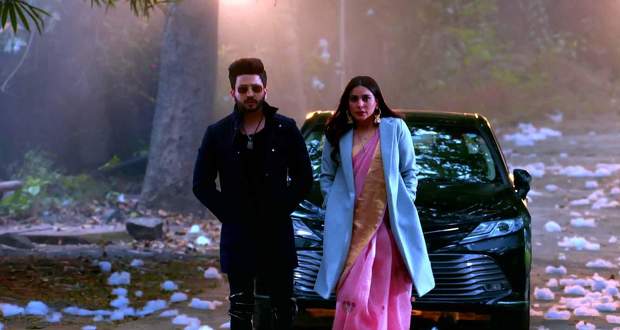 Today's Kundali Bhagya 17 December 2020 episode starts with Rakhi asking Sarla to not worry about Preeta. She asks her to come to their house without any hesitation.

Preeta and Karan are roaming in an empty area while Preeta is tired. Karan is ready to stay there day and night.

Preeta asks him to pick her up while Karan refuses. Karan picks her up finally and later they both walk the road silently.

Srishti is making tea for Rakhi and wants to put a positive impression. Sameer comes there and teases her while Janki also arrives in the kitchen to tease them.

They both share some romantic moments while Srishti takes the tea outside. Meanwhile, Karan and Preeta finally reach a Dhaba, and Preeta orders a lot of food.

Karan doesn’t order anything and they argue a little on who eats more. Preeta gets excited to see the atmosphere of the dance.

Karan and Preeta both groove to the beats of a popular song. They both get romantic and everyone else applauds for them.

Rakhi bids goodbye to Sarla and invites her to their house. They talk about Karan and Preeta getting close while Srishti also understands their meaning.

Karan and Preeta get happy to see the car all well. They check into a resort where all girls are a huge fan of Karan Luthra.

Preeta sees Mahira at the resort and gets shocked.