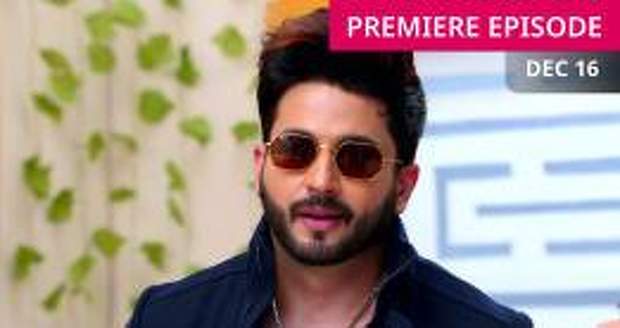 Srishti praises Pawan’s guts in front of Sameer while he reveals about his guts. He says Kareena has warned him but still he supports her.

They both hug each other while Rakhi witnesses this. Sameer manipulates the situation and says Srishti was crying.

Rakhi states that she should be happy that Karan and Preeta are getting close. She offers to drop her at her mother’s place.

Mahira and Sherlyn are packing to follow Preeta and Karan to their honeymoon. Mahira is relaxed that Kareena is on their team.

Mahira calls Sherlyn her sister while Sherlyn thinks that they are just crime partners. Sherlyn states that her main motive is to marry Prithvi.

Mahira also wants to get close to Karan and celebrate Suhag Raat with him. Meanwhile, Karan and Preeta tease each other in the car.

Preeta takes out a nighty from her bag and gets surprised. She accuses Srishti while Karan states that Preeta wants to get close to him.

Karan and Preeta are stuck in the middle of an empty road as their car breaks down. Karan says they should wait at a Dhaba while the mechanic comes.

A man watches Preeta while hiding behind the tree. Meanwhile, Rakhi arrives at Sarla’s place and wonders why Sarla didn’t come to see off Karan and Preeta.

© Copyright tellybest.com, 2020, 2021. All Rights Reserved. Unauthorized use and/or duplication of any material from tellybest.com without written permission is strictly prohibited.
Cached Saved on: Thursday 29th of July 2021 01:21:55 AMCached Disp on: Sunday 1st of August 2021 06:40:47 AM