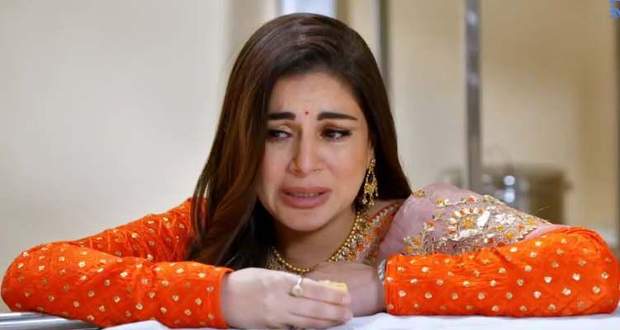 Today's Kundali Bhagya 17th March 2022 episode starts with Karan asking Preeta to finish her breakfast while Preeta questions his motives for showing so much concern.

Sherlyn is waiting in Prithvi’s room to convince him to steal those papers.

However, Prithvi tells her that there are many more people who want to steal those papers and therefore Sherlyn should drop her idea.

Meanwhile, Kareena invites Karan to her room to ask him to steal Preeta’s property papers.

After a while, Sherlyn once again comes to Prithvi, to change his mind but Prithvi remains adamant and leaves in anger.

After seeing Prithvi’s stubbornness, Sherlyn plans to steal property papers herself so that she can defeat Preeta.

Later, in Preeta’s room, Preeta and Shrishti talk about sending Prithvi to Jail.

Preeta shares her sadness at sending Mahesh to the basement and angrily talks about Prithvi’s happiness.

Preeta also tells Shrishti about Sherlyn and Prithvi’s affair and how he is cheating Kritika under her nose.

Afterward, Preeta tells Shrishti about her plans of using property papers as a bait to trap Prithvi.

Seeing the plan has risks, Shrishti advises Preeta to not take such a big risk and wait for another opportunity.

However, Preeta explains to Shrishti that to trap a person like Prithvi she has to take a big risk.

Afterward, at the dining table, Rakhi behaves subdued due to last night's happenings while Preeta feels bad for her.

Karan taunts Preeta for crying while the rest of the family joins them.

Girish comes to give Preeta some papers which she pretends to manage secretly.