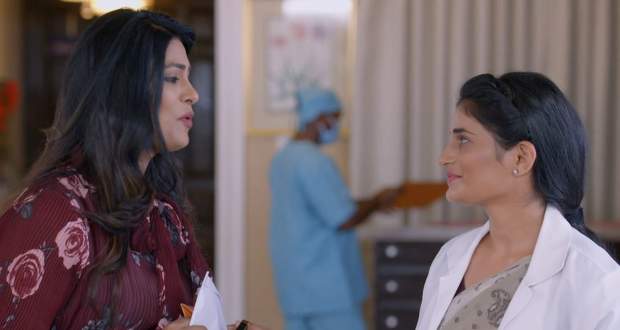 Today's Kundali Bhagya 17 May 2021 episode starts with Kritika asking Prithvi to accompany her to the police station as she is going to meet Karan.

Prithvi refuses to attend the calls by telling her that it is more important to meet Karan upon asked by Kritika.

Preeta is confused seeing Megha's split personality where one side she is threatening the person and on the other side, she is speaking softly with the doctor.

Preeta asks Shristi to meet her at the police station when she receives her call.

While Prithvi and Karan argue Sarla and Kritika come there.

Prithvi is jealous when Sarla praises Karan for his good nature. Sarla asks Prithvi to go out when he taunts Karan.

Karan asks Kritika to be happy while Sarla assures Karan of freeing him.

Meanwhile, Sameer and Shristi are shocked after learning about Megha's pregnancy. They decide to visit Karan before going to Megha's house with Preeta.

On the other hand, Sarla praises Preeta and tells her she is just like Pragya while Preeta and Shristi hug her.

Sarla asks Shristi to take care of Preeta before they leave.