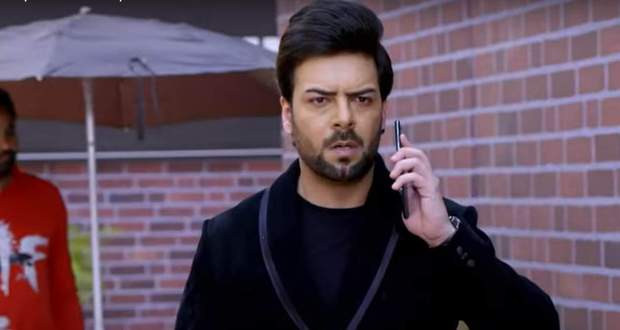 Today's Kundali Bhagya 17th May 2022 episode starts with Karan comparing Natasha to Preeta and finds her lacking in honesty.

Natasha tries to console him that she only said what she feels is right to keep him out of jail.

Meanwhile, Shrishti and Sameer come to Preeta asking her about the urgency and Preeta tells them excitedly about Rishabh.

Sameer tries to go immediately to get the information but Preeta tells him to be patient.

Preeta informs both of them of the happening past hours and tells them about the video where she has seen Rishabh but he is in jail.

Preeta tells him in an emotional voice that they need to find Rishabh and all the information is in the CD which they have to get their hands on.

Preeta also tells them to be careful that Prithvi and Sherlyn do not know about it.

In the meantime, Natasha is playing mind games with Karan and trying to instigate Karan against Preeta.

Preeta tells Sameer and Shrishti that they have to get Prithvi out of the room in such a way that he forgets to take CD from there.

They are brainstorming the ideas when Preeta tells them to create a false fire in the house and when everyone comes out of their room then Shrishti will steal the CD from the room.

Sameer offers to create a fire to activate the fire alarm while Preeta goes to call people out of their room.

Preeta and Shrishti collect people and take them out of their rooms.

As expected Prithvi and Sherlyn come out of their room in a hurry to save themselves.

Rakhi wants to fight the fire but Preeta and Shrishti convince everyone to stay out.

Seeing everyone distracted, Sameer and Shrishti go inside.

Meanwhile, Preeta creates another distraction and tells them that someone in the house is responsible for putting the house on fire.

Unable to find the CD in the laptop, Sameer and Shrishti begin to search Prithvi's room.

All the Luthra begins to argue with Preeta and tells them that they have no reason to put their own house on fire.

However, Preeta blames Kritika, Prithvi and Sherlyn for the fire while everyone looks at her shocked.