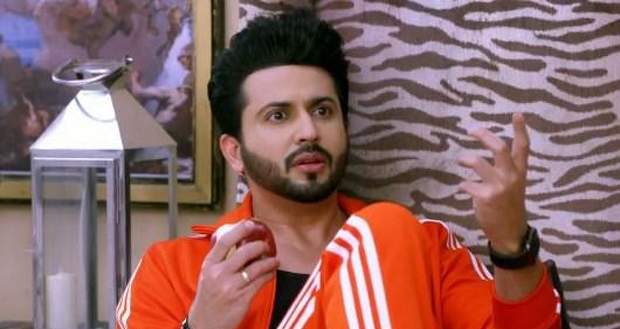 However, Prithvi’s evil mind has planned a long time of suffering for Karan.

Sherlyn gets irritated with Prithvi’s secretive planning and tells him to talk clearly.

Prithvi tells Sherlyn that he is planning to trap Karan in match-fixing.

Prithvi further adds that he has a match-fixer friend who he will use to create a web of lies around Karan that will ultimately trap him.

Meanwhile, Karan reaches the practice ground, where Sandesh Lokhande approaches Karan pretending to be his biggest fan. Karan hugs him and Prithvi captures the moment.

Afterwards, Sandesh comes to Prithvi who instructs him to meet with Karan every day till the beginning of the tournament.

At the Luthra mansion, Sherlyn tells Natasha that she does not need her services anymore as Karan and Preeta have bonded and her use is over.

Natasha begs Sherlyn to give her a chance so that she can prove her worth.

In the meantime, Preeta is waiting for Karan but pretends to be unconcerned when he comes in.

Later, Preeta challenges Karan to hit two six in the first over of the main match then she will consider him some big deal.

Accepting the challenge, Karan tells Preeta to wait and see his swag during the second innings.

In her bedroom, Preeta offers to do physiotherapy for Karan which relaxes him and he falls asleep.

The next morning, Kritika is worried about her family’s behaviour towards Prithvi.

Just then, Karan comes to say goodbye to his family before leaving for practice and blames Preeta for making him late.

Afterwards, Kritika taunts Preeta for being friendly with her family despite sending their son-in-law to jail.

Preeta retaliates by giving a befitting reply to Kritika and accusing Prithvi of deserving the punishment.

Seeing Sherlyn defend Prithvi, Preeta accuses her of behaving like Prithvi's wife which she is not.

Shelyn backs off immediately before Preeta exposes her.

Later, Sandesh Lokhande again approaches Karan at the practice ground and offers him a gift while Prithvi captures the moment.