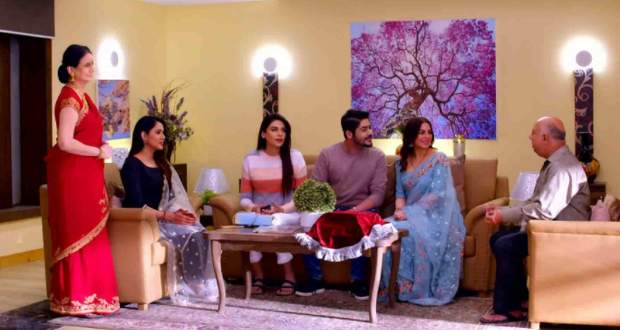 Today's Kundali Bhagya 18 January 2021 episode starts with Sherlyn being sure Preeta will create trouble for Akshay. Mahira thinks Preeta is making a mistake and they both are pleased.

Srishti and Preeta enter Akshay’s room to search for any proof. They find his diary and other things while Akshay senses someone’s presence from the washroom.

Preeta finds his phone and wishes to send photos of him with Ruchika. Akshay comes out while Preeta hides his phone behind.

Sameer tries to keep Akshay’s mother busy in the kitchen and asks Kritika to make Gol Roti. Kritika gets successful in her task while Sameer praises her.

Akshay accuses Preeta and Srishti of stealing his phone and later says he was joking. He starts searching for his phone and even dials the number.

However, Srishti throws his phone on the Sofa before he can ring it. Further, Akshay is suspicious of Preeta and Srishti’s presence in his room.

Everyone gathers for breakfast while Sameer is forced to drink Aloe Vera juice. Akshay also thinks Sameer is not interested in drinking any juice and understands the whole plan.

Akshay stares at Preeta while Sameer and Srishti a forced to drink the juice. Meanwhile, Rakhi doesn’t know anything about cocktail party decorations.

She gets worried while Kareena consoles her and tells her that they should also participate in the function of the kids.

Kritika leaves for the tailor while Preeta reveals she has got the photographs of Akshay ad Ruchika.

Akshay also learns about the same and gets shocked. He gets furious and is ready to attack.