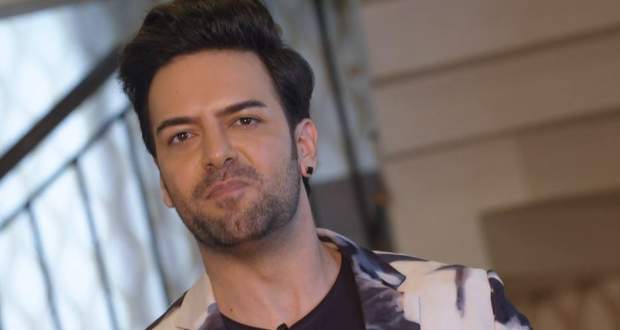 Today's Kundali Bhagya 18 May 2021 episode starts with Prithvi trying to hide his anger towards Kara but Kritika gets angry at Prithvi because of insulting Karan in jail.

Later, Preeta brings lunch for Karan but Police refuse it and asks her not to bring anything for Karan.

At the same time, police get information about Akshay's phone missing.

By listening to this Preeta doubts Megha.

Preeta calls the hospital receptionist to know the address of Megha and the address is Akshay's house.

Sameer creates a plan to meet Megha in Akshay's house.

Sameer and Preeta act like transgender and attends a pregnancy function in Akshay's house in order to meet Megha.

Meanwhile, Preeta enters the Megha's room while the function is ongoing.

Preeta searches for Akshay's phone and she finds it.

© Copyright tellybest.com, 2020, 2021. All Rights Reserved. Unauthorized use and/or duplication of any material from tellybest.com without written permission is strictly prohibited.
Cached Saved on: Thursday 27th of January 2022 01:52:41 PM