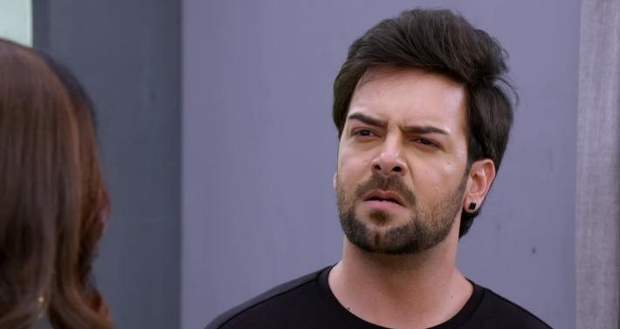 Today's Kundali Bhagya 19th April 2022 episode starts with Karan keeping the gift in the car while Prithvi clicks his photo.

Later, Karan is surrounded by a journalist who wants to know his feeling about this BPL and whether he is prepared or not.

Karan confidently answers their questions and goes inside.

Meanwhile, Prithvi calls someone and asks him to come to Bandra.

At the hotel, Prithvi is acting cautiously about keeping his distance from Sandesh and Prince so that no one catches them together.

Just then the police come into the hotel to investigate some theft.

Prithvi informs his henchman to leave the premises before they land in trouble.

On the other hand, Karan comes to look into Mahesh and thanks the nurse for taking good care of him.

However, the nurse tells him that she is indebted to Preeta and wants to repay her kindness by doing a good job.

From his car, Prince calls Prithvi asking him to explain his reasons for changing the plan.

Prithvi asks Prince to come to the back of Luthra's house as he doesn't want to take any chances with his security.

Prithvi enters the Luthra mansion stealthily and calls his henchmen inside. They have just entered when Preeta comes to that section making Prithvi leave in a hurry.

Preeta spots Prince and mistakes him for Karan and calls after him.

However, Prince leaves quickly to avoid Preeta whereas Preeta searches for him everywhere.

Later, Prithvi calls his men to Karan’s room and begins their work.

Meanwhile, Karan is spending time with Dadi, Kareena and Rakhi when Preeta finds him and looks at him meaningfully.

Karan looks at her confusingly and follows her to find out about her strange look.

Meanwhile, Prithvi takes many shots of Sandesh and Prince where Prince looks like Karan in profile views.

Afterwards, Karan and Preeta reach their room together and gets surprised to find it locked from the inside.

Hearing Karan and Preeta outside the door worries Prithvi and he thinks of a way to escape.