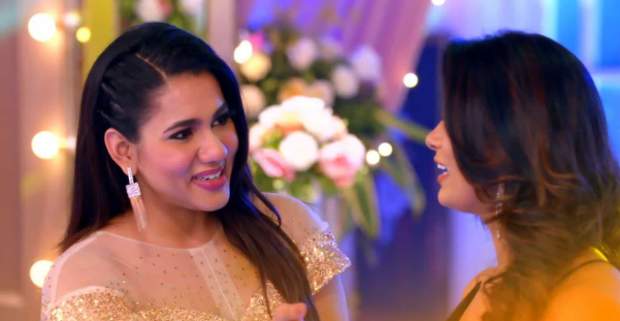 Today's Kundali Bhagya 19 January 2021 episode starts with Kareena calling Akshay’s family to invite them to the cocktail party. After a lot of convincing, they agree to come to the party.

Rakhi decides to invite Sarla as well and calls her. Sarla says she won’t be able to come as they are going to another function.

Rakhi insists them to come whenever they get free while Sarla agrees. Meanwhile, Preeta learns that Akshay has deleted all the photos before their download.

Preeta and Srishti realize that Akshay knows they are investigating. Srishti suggests giving truth serum to Akshay while Sameer and Preeta agree with her plan.

Luthra family welcomes Akshay and his family while Daadi wishes to dance. Akshay’s parents also reveal they have prepared a dance performance.

Akshay compliments Kritika while Sameer observes him. Sherlyn and Mahira know Sameer is investigating for Preeta and Srishti.

Karan comes there and starts praising himself. Srishti lies that Preeta was also praising him while Preeta doesn’t want Karan to get on cloud 9.

Akshay meets a girl named Megha and holds her hand. He keeps on staring at Megha while Sameer witnesses this.

He points the same to Srishti and Preeta while Akshay goes dancing with Megha. He gets close to her while she leaves the dance floor and he follows her.

Preeta and Srishti follow them while Sherlyn also witnesses this.