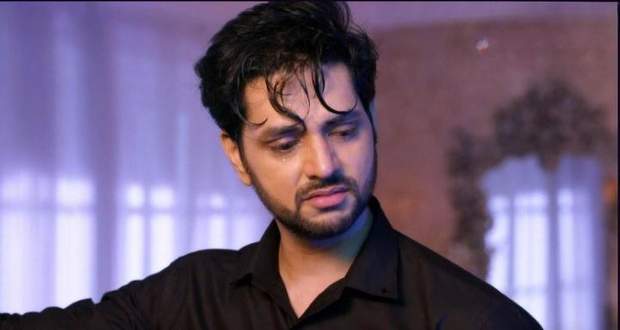 Today's Kundali Bhagya 19th July 2022 episode starts with Arjun lying on his bed and remembering all the moments when Preeta was with Rishabh and betrayed him.

Rishabh stays Preeta is acting weird because Arjun has taken over Preeta’s mind while Preeta says that Arjun will not come in contact with any of the family members.

Preeta says she is not comfortable around Arjun and smells a sense of revenge in him.

On the other hand, Arjun is tensed that why he is not happy after hurting Preeta as this is what he wanted.

Anjali is surprised at the dual personality as he seems strong outside but is broken inside and wishes to cure him.

In the Luthra Mansion, Preeta says that Arjun mocked Karan throughout the play and he hurt the entire family.

Rishabh defends Arjun and that he did it for Karan’s fans.

Preeta makes Rishabh promise to stay away from Arjun and not to have any business deals with him to which he agrees.

On the other side, Arjun is feeling sleepless and if by chance he gets some sleep he is having Preeta’s nightmare.

Anjali assures Arjun that she is there for him and asks him to come down for the meal.

Later, Rishabh brings tea for Preeta and sweet talks to her.

Preeta says that he might find her behaviour odd but she feels a weird feeling around Arjun.

Rishabh says that he finds Arjun an odd personality like Karan who everybody misunderstands at the first instance.

Rishabh says that Arjun is not as bad as they think while Preeta doubts that Rishabh will make deals with Arjun behind her back.

Looking at the worried face, Rishabh assures Preeta that she has his back and not to think about Arjun anymore.

In the other scene, Dadi and Snigdha serve black tea while Arjun denies it.

Snigdha also says to Anjali privately that her heart rings whenever she sees Arjun.

Later, Anjali tells Arjun that he has already created a blunder in the life of the Luthras and before they find out who he is, he should fast forward his revenge plan.

However, Arjun doubts that he can not take revenge as he went out of control last night and Rishabh will not let him come close to Preeta.

Anjali instigates Arjun that he has to wear a face mask like everybody to take his revenge and be a friend to the Luthra to avenge Karan and get into the Luthra house.

© Copyright tellybest.com, 2022, 2023. All Rights Reserved. Unauthorized use and/or duplication of any material from tellybest.com without written permission is strictly prohibited.
Cached Saved on: Monday 21st of November 2022 06:09:24 AMCached Disp on: Thursday 1st of December 2022 10:33:36 PM