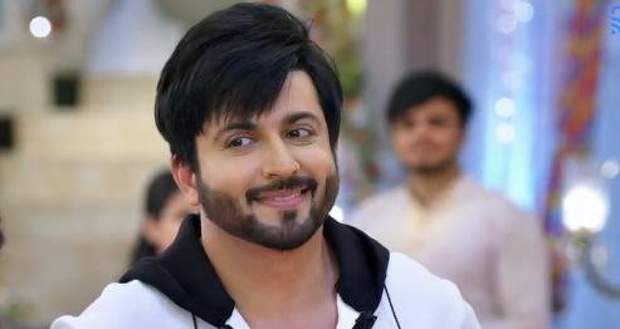 Today's Kundali Bhagya 1st April 2022 episode starts with Karan telling Kritika that everyone will play Holi and celebrate Prithvi's absence. He also tells her that Prithvi is not a good man.

However, Karan refutes her saying that he has a mind of his own.

Planning to force Kritika into playing Holi, Preeta calls Shrishti and expresses her happiness at Prithvi’s absence which Kritika overhear.

After a while, Preeta comes into Kritika’s room and tells her that seeing her sad will definitely sadden Prithvi and that is exactly what she wants.

Kritika reacts exactly as Preeta had predicted, and to prove Preeta wrong, she goes down to play Holi.

In the meantime, Nagre is explaining his plan to PM as they are reaching Luthra’s house.

Later, Nagre arrives at Luthra's house from the back but comes face to face with Preeta.

Preeta is surprised to see Nagre and questions his and PM’s presence in the house.

However, PM makes an excuse and goes inside fooling Preeta while Nagre has to answer Preeta.

Preeta very happily tells Nagre that Prithvi is in Jail and therefore he can also leave.

Nagre threatens Preeta and tells her that soon he and Prithvi will lay such a trap that will capture Karan along with Preeta.

Nagre leaves after threatening her, leaving Preeta in thoughts.

At the police station, Prithvi is recalling Preeta’s words of yesterday and addresses absent Preeta, telling her that today is the last day of her happiness because, from the next day, she will have nothing to be happy about, then she will regret sending him to jail.

Prithvi also says that the tornado that he is creating will engulf everyone including Preeta and Karan.