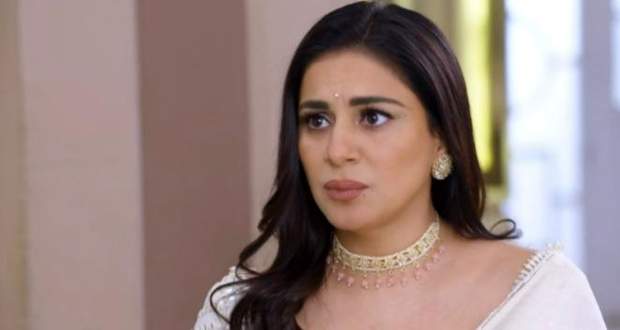 Today's Kundali Bhagya 1st June 2022 episode starts with Rishabh telling Karan that he was trapped in a drug case.

Rakhi asked him why he did not call home.

Rishabh tells him that he was not even given a proper lawyer and the lawyer who was there was being paid by someone and trapped him even more.

Rishabh tells him that it is only due to Preeta that he is here alive and free.

On being asked, Rishabh tells Karan that it was Prithvi.

Karan attacks Prithvi and beats him to a pulp.

Prithvi tries to deny the allegations but Preeta shows everyone the video of his confession which renders Prithvi speechless.

Rishabh asks Prithvi to leave the house while Preeta drags and throws him out of the house and tells him that Police will deal with him now.

Rishabh thanks Preeta for everything she has done for the family.

Afterwards, Rishabh asks Sherlyn to confess her guilt but as she stays quiet he tells everyone that Sherlyn has been having an affair with Prithvi for many years and she is the reason he went to Dubai.

Rishabh also tells her that he will divorce her now.

Kareena slaps Sherlyn while Rishabh tells her that he will see her in court.

Afterwards, Rishabh tells Karan to never hurt Preeta ever again while Karan pretends to be innocent.

Meanwhile, Preeta goes to her room in anger.

Natasha follows Preeta and tells her that she deserves Karan more than her and that Karan also loves her.

Preeta tells her to stop dreaming as Karan will never marry her because Karan only loves her.

Natasha challenges Preeta that within three days only Karan will marry her and she will become Mrs Karan Luthra.

Meanwhile, Rakhi is showering her love upon Rishabh while Karan complains that everyone has forgotten him.

Rishabh teases Karan while Natasha observes them from outside.

Rishabh tells Karan to feed Mahesh soup while he freshens up.

Coming out he is surprised to see Natasha at the door who gets confused and runs away.

Meanwhile, Preeta is reminiscing old days and is crying alone thinking of Karan.