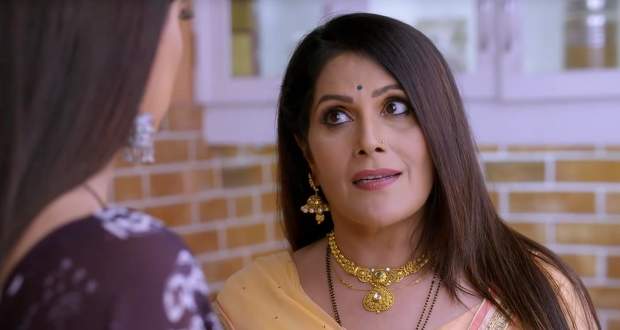 Today's Kundali Bhagya 20 April 2021 episode starts with Mahira telling Preeta that she will make Karan here and will turn him against her.

Preeta exclaims that she wanted to inform Karan but could find the right time.

Preeta question her if she killed Akshay while Mahira denies and blames her.

Meanwhile, Sherlyn question Pammi about what she is implying.

Pammi reveals that she knows what is going on between her and Prithvi after which Sherlyn makes a deal to keep it a secret in exchange for a necklace.

Prithvi is frustrated wondering where to get fifty lakhs and plans to get them from Sherlyn.

Mahira is in her room while Sameer and Srishti are standing outside her window to keep an eye on her.

Sarla talks to the lawyer regarding Preeta's case but he refuses to take the case and suggests she take help from the Luthra's as they are influential people.

Prithvi in his room while Sherlyn enters with something behind her back and makes her reveal it.

He gets mesmerised seeing the necklace in her hands.