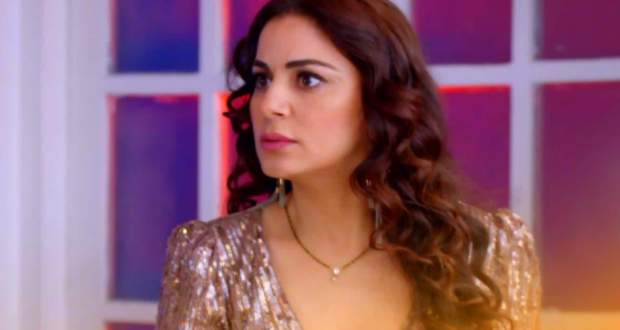 Preeta drags Akshay out in front of everyone and waits for Kritika to come. She starts accusing Akshay while Akshay’s mother protests.

Preeta reveals that Akshay was misbehaving with Megha. She asks Akshay to speak up and starts explaining to Karan that Akshay is characterless.

Srishti also speaks up and says Akshay had kept a hand on Megha’s mouth. Akshay says he is innocent while Megha accuses him of harassing her.

Preeta continues to accuse him while Karan asks Akshay to get out of his house. At the same time, Megha stops Karan and asks him to leave Akshay.

She says that she lied because of money and that she was bribed to accuse Akshay. She says that Preeta had given her money to speak against Akshay.

The whole Luthra family and Preeta get shocked while Preeta tries to console Megha. Megha lies that Preeta wants to break Akshay and Kritika’s marriage.

Megha remembers that Akshay had bribed her to accuse Preeta of giving her money. Akshay had lied that Preeta wants him to get married to Srishti.

Preeta tries to prove her innocence while Akshay says Preeta wants him to get married to Srishti instead of Kritika.

Akshay lies that Srishti wants to get married to him. Preeta gets angry at Akshay while Sameer holds him by his collar.

Karan also takes Srishti’s side while Sarla rebukes Akshay for his accusation.