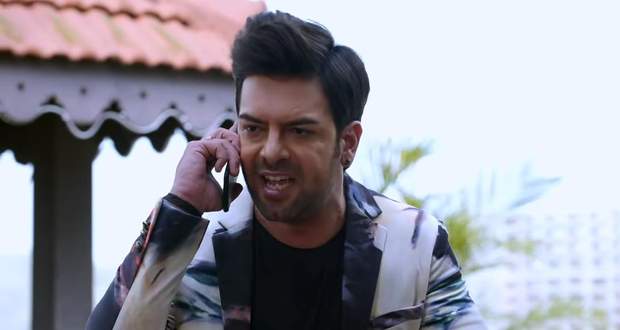 Today's Kundali Bhagya 20 May 2021 episode starts with Megha calling Prithvi and accusing him of sending someone to steal Akshay's phone but he denies doing it.

She reveals about Preeta, Srishti, and Sameer comes there and tells him to arrange the 30 lakhs that she had asked for.

Meanwhile, the person who had stolen Akshay's phone enters one of the rooms in Luthra's house.

Rakhi informs Preeta about Pammi spraining her foot while Sherlyn threatens Pammi to not spy on her.

Sherlyn leaves while Pammi tells Suresh that there will be trouble shortly and vows to make Rakhi realise that Sherlyn and Preeta are unfit daughters-in-law.

Srishti, Sameer and Preeta reach home and go to Pammi where Preeta massages her sprained ankle.

Pammi tells her that she dislikes her and Sherlyn while Preeta vows to bail Karan and that she understands her dislike for her.

© Copyright tellybest.com, 2020, 2021. All Rights Reserved. Unauthorized use and/or duplication of any material from tellybest.com without written permission is strictly prohibited.
Cached Saved on: Wednesday 22nd of September 2021 11:15:29 PM