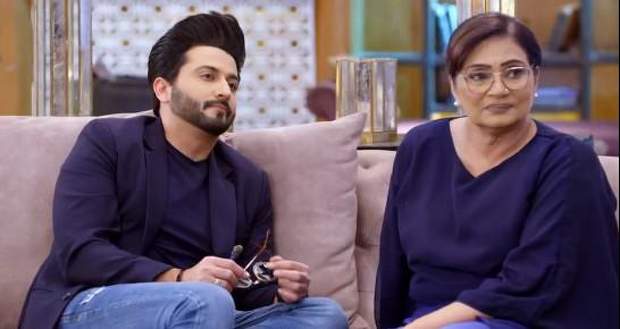 Today's Kundali Bhagya 21st April 2022 episode starts with Preeta praying for Karan while Mahesh comes to call her to watch the match.

Preeta is happy to see everyone so happy, just then Karan calls Preeta.

Preeta tells him to focus on the match and make lots of money as promised.

However, Karan tells her that he does not need to play cricket to make money which his colleague overhears.

Kareena and others are shocked to see the police on the TV.

Preeta is stunned to see this unexpected turn of events and panics.

Meanwhile, Prithvi is happy to have his plan successful and boasts about destroying Preeta and Karan with his planning.

In the parking area, Police and Karan are surrounded by reporters who want answers.

Just then, a bag full of money is found in Karan’s car, proving his guilt.

The police inspector tells him that this bag is another piece of evidence against him and asks him to sit in the car.

Prithvi watches all this from his car and becomes extremely happy while Sherlyn sends a congratulatory message to Prithvi.

Preeta runs out to help Karan while Mahesh has an attack and remembers Sherlyn.

Pointing towards Sherlyn, Mahesh tells them that Sherlyn has destroyed their family and attacks her while others try to free Sherlyn.

Later, Sherlyn calls Prithvi and praises his brilliant plan and asks him about the bag that was in Karan’s car.

Afterwards, Prithvi arrives at the police station behind the police car.

The media bombards Karan with questions related to allegations against him but the police stop them and tell Karan that he cannot talk with the media now.

Inside the police station, Karan requests the police officer to allow him to talk to media people and tell his story.

However, the inspector denies his request and tells him that a bag full of cash is strong enough evidence against him to keep him there.