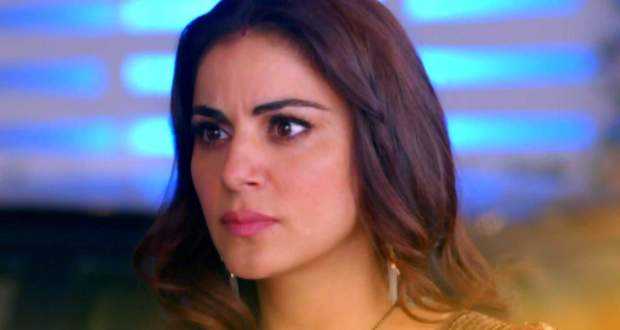 Today's Kundali Bhagya 21 January 2021 episode starts with Akshay’s mother getting furious and rebukes Sarla. Sarla answers back while Akshay accuses Srishti of flirting with him.

He also accuses Srishti of sending him Hi on his email and hugging him on road. Srishti tries to prove her innocence.

Kareena puts all the blame on Preeta and Srishti while Karan wants to avoid the conversation till the party ends.

Rakhi takes Preeta and Srishti’s side while Sarla wishes to leave the party. Karan goes outside as well to drop Sarla and Srishti.

He consoles Sarla and is sure Srishti can’t do anything wrong. He thinks Akshay is narrow-minded and has mistaken Srishti’s actions.

He offers to support Sarla and be a part of their family. Karan goes to drop Sarla and others while Mahira tells everything to her mother.

Ramona is not ready to believe that Preeta can do such a mistake. Ramona understands the real game plan and knows Akshay has given money to the girl to spoil Preeta’s image.

Akshay returns to the party and acts innocent. He is about to leave when Kareena stops him and asks Preeta to apologize to him.

© Copyright tellybest.com, 2020, 2021. All Rights Reserved. Unauthorized use and/or duplication of any material from tellybest.com without written permission is strictly prohibited.
Cached Saved on: Monday 8th of March 2021 11:38:21 PMCached Disp on: Tuesday 9th of March 2021 02:38:58 AM