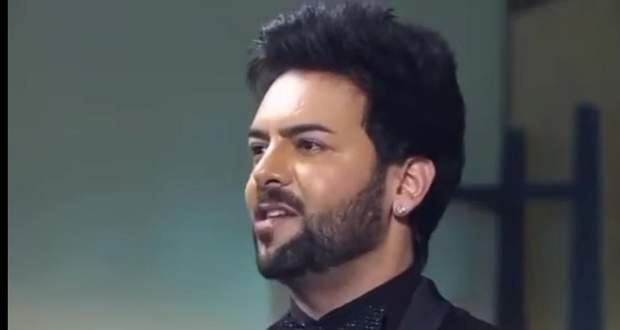 Today's Kundali Bhagya 21 Jan episode starts with Preeta excusing herself from Karan when he questions her actions.

On the other hand, Janki gets into a conflict with Sherlyn and Natasha when they both catch Janki eavesdropping on them.

Janki threatens both Sherlyn and Natasha to not plan something evil against Preeta this time or else they will see Janki’s worst side.

Further on, Sherlyn goes to a room with Natasha on her tail.

As Natasha and Sherlyn bitch about Shrishti for disappearing Prithvi from the party, Natasha mentions that she will start working on her plan to get close to Karan.

Sherlyn contradicts Natasha and asks her to leave the Luthra house.

Natasha asks for her pay, which Sherlyn denies as Natasha has not completed the part of her job.

Natasha turns rebellious but before she can say something, the wardrobe behind Sherlyn opens.

As Prithvi gets his senses back, Sherlyn narrates everything that happened in his absence.

Prithvi gets furious as he comes to know that Preeta has taken his dream project which had the ability to take him to the heights of success in the business world.

Prithvi plans to take revenge as he will not let Preeta win that easily.

Meanwhile, Janki stumbles into Kritika while looking for the sister duo, Shrishti, and Preeta.

Kritika gets offended when Janki calls her marriage with Prithvi bad.

Kritika reprimands Janki for demeaning Prithvi. She also tells Janki that she doesn’t regret marrying Prithvi at all as he is a very nice person.

Further on, Janki finds Preeta in the corridor and warns her against Sherlyn.

Preeta tells Janki that she is not her old self anymore, who lets people off the hook easily.