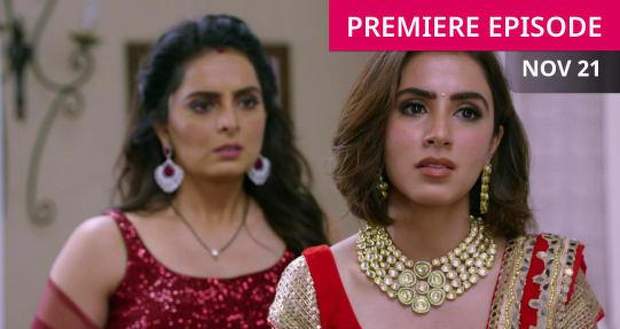 Today's Kundali Bhagya 21 November 2020 episode starts with Preeta coming out to join the Pooja and falling down on the floor. He faints while Karan and Rishabh rush to save her.

Further, Mahira takes Sherlyn inside the room and enquires if their plan will work. A back story is revealed wherein Ramona has planned to give poison to Preeta.

She asked Sherlyn and Mahira to add poison in the Laddoo brought by Preeta’s mother. Sherlyn is scared of Ramona’s future actions.

Mahira is sure that either Preeta will die or she will not remain Karan’s wife anymore. The doctor checks on Preeta and reveals she has consumed poison.

She further advises giving food to Preeta while Preeta is not ready to eat anything and break her fast. Karan gets mad at her and leaves the room.

Kareena thinks Preeta is doing it to trouble the family. Sherlyn and Mahira further instigate Kareena against Preeta and suggest they should give food to Preeta.

The doctor gives an anti-poison injection and leaves while Karan holds Preeta’s hand with affection. Mahira comes there with a plate of food.

Karan also asks Preeta to eat something. However, Preeta is not ready to budge and doesn’t want to break her fast.

© Copyright tellybest.com, 2020, 2021. All Rights Reserved. Unauthorized use and/or duplication of any material from tellybest.com without written permission is strictly prohibited.
Cached Saved on: Sunday 9th of May 2021 09:31:34 PM