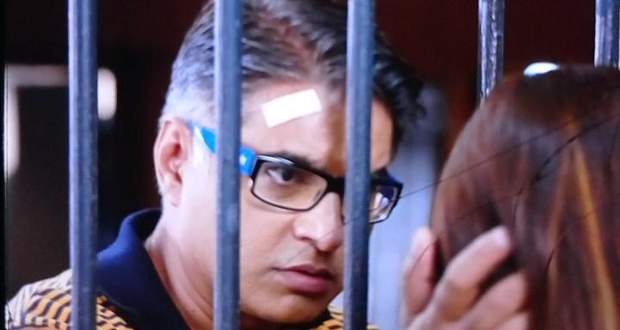 Today's Kundali Bhagya 22 April 2021 episode starts with Sherlyn hiding the necklace and opening the door through which Sarla comes there.

She shouts out Rakhi's name while Kareena tells her that no one will support her or Preeta.

Kritika tries to calm him while she tells Sherlyn to kick her out.

Rakhi comes through the front door while Kareena keeps calling Preeta a murderer.

Sarla gets emotional and tells Rakhi that they don't think of Preeta as her as she always has to come there to beg for help.

Meanwhile, Mahira gets blackmailed through a message while Sameer and Srishti overhear her and follow her.

Mahira collides with Prithvi and argues with him while Srishti sees Mahira's phone and does something in it.

Rakhi tells Sarla that she will support her in freeing Preeta while Kareena threatens her to leave the house if she supports Sarla and Preeta.

Kareena says that Preeta ruined Kritika's life while Kritika reveals that everything has happened because of her.

Meanwhile, Mahesh goes to meet Preeta in jail while she gets emotional seeing him.

Upcoming Kundali Bhagya (tomorrow) episode update: Kritika to reveal the truth to everyone.

© Copyright tellybest.com, 2020, 2021. All Rights Reserved. Unauthorized use and/or duplication of any material from tellybest.com without written permission is strictly prohibited.
Cached Saved on: Sunday 2nd of October 2022 05:47:01 AMCached Disp on: Friday 7th of October 2022 03:45:31 PM