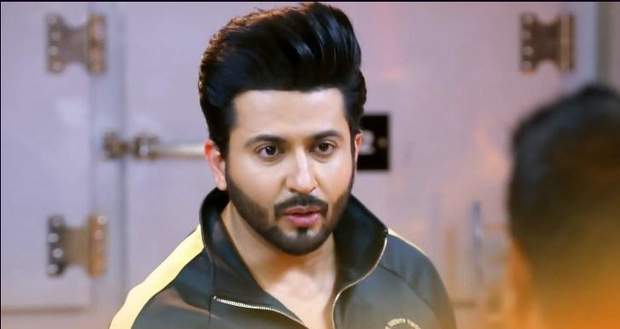 Today's Kundali Bhagya 22nd April 2022 episode starts with the inspector telling the constable to take Karan to the Jail.

Just then Prithvi interrupts the inspector and tells him to allow Karan to speak to the media, however, the inspector ignores him.

Prithvi tells Karan sarcastically that hard times can come on anyone, just like him.

Prithvi tries to make Karan furious by taunting him and telling him he cares for him more than Preeta.

Meanwhile, Preeta comes to meet Karan at the police station and gets surrounded by journalists.

Preeta tells the reporters that Karan is innocent and she will further talk to them after meeting with Karan.

In the meantime, Prithvi tries to instigate Karan against Preeta while Karan insults Prithvi and asks him to leave him alone.

However, Prithvi makes fun of Karan and tells him that he is feeling so happy to see him like this and wishes to see Preeta cry.

Meanwhile, Preeta observes at the police station that wives' testimony is taken for granted and stops.

At the Luthra mansion, Mahesh's condition becomes worse and the nurse gives him an injection to calm him down.

After a while, Preeta approaches the inspector and asks to meet Karan.

Inspector tells Preeta that Karan has broken the hearts of many fans including his son and threatens Karan with justice.

After a while, Preeta decides to answer the media’s questions and tells them that Karan is innocent.

Preeta also tells them that Karan belongs to a rich business family and that Karan’s past records show that he is clean.

Preeta tells them that she is not speaking as Karan’s wife but as a managing director of Luthra Industries and Karan’s partner, that Karan is innocent of all charges.

At the Luthra's house, Kritika also speaks against Preeta instigating them against her.

Prithvi continues to poison Karan’s mind while Karan gets irritated and asks Prithvi to leave.