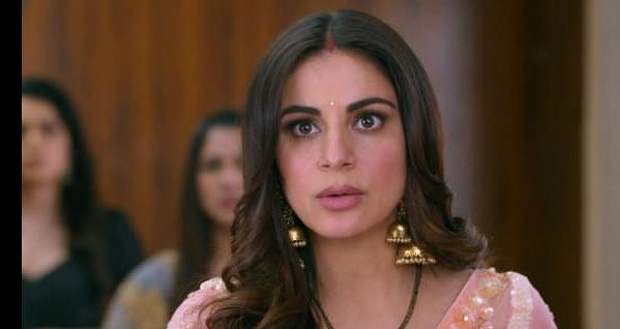 Today's Kundali Bhagya 22 December 2020 episode starts with Sherlyn revealing his plan to trap Karan. She tells Mahira that they will add something to Karan’s drink to make him unconscious.

She asks Mahira to hide a camera as proof and act innocent after the incident. Mahira has planned to put all the blame on Karan.

Srishti and Sameer get into a cab and wish to inform Preeta about Mahira and Sherlyn. Meanwhile, Preeta and Karan come closer and share romantic moments.

Karan asks Preeta to stay close to him and reveals his feelings. Karan puts Sindoor in Preeta’s hairline and further goes for a shower.

Srishti tells her that Mahira is there to spoil Karan and Preeta’s honeymoon. Srishti gets really worried and asks Preeta to be alert.

Preeta is not even able to talk to Karan and learns that Srishti and Sameer are coming to the resort.

Karan enquires about Preeta’s call with Srishti while she lies about the details. Karan and Preeta go to the reception to enquire about the restaurant.

Preeta learns about Mahira’s room from the register and tells the same to Srishti. The resort has organised a mask party while Mahira decides to use it against Preeta.

© Copyright tellybest.com, 2020, 2021. All Rights Reserved. Unauthorized use and/or duplication of any material from tellybest.com without written permission is strictly prohibited.
Cached Saved on: Sunday 17th of January 2021 10:47:44 AM