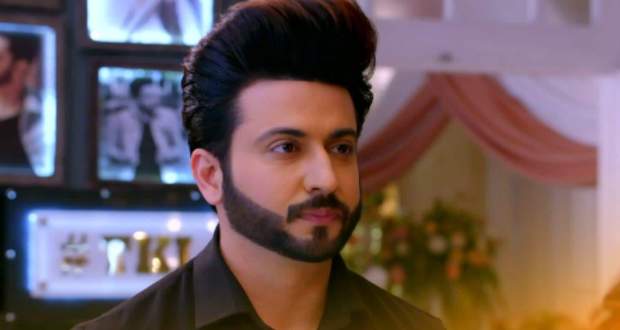 Akshay asks Preeta to tell her sister to forget about him. Akshay’s mother is ready to forgive Preeta while Kritika also wants Preeta to move on.

Akshay leaves with his family while Kareena doesn’t let anyone stay near Preeta. Meanwhile, Karan consoles Srishti and Sarla and offers to support Preeta.

Preeta is upset that she has hurt Karan while Karan feels disappointed with Preeta’s actions. Elsewhere, Rakhi shares her feelings with Mahesh.

She trusts Preeta and feels bad for her. Preeta comes there while Rakhi apologizes to her for not being able to support her.

Rakhi says Preeta has not done anything wrong and wants her to think twice before taking any step. She doesn’t want Preeta to get accused.

Srishti is really upset with Akshay’s accusations while Sarla consoles her. Sarla is further worried for Preeta as she has to live in Luthra house.

Sarla further wishes for Preeta and Karan’s relationship to stay stronger. Meanwhile, Karan returns home and tells Preeta that he is disappointed in her.

Srishti is crying in her room when Sameer comes to console her. Srishti is adamant to expose Akshay as he has attacked her personally.

They call Preeta and learn that Preeta is planning to expose Akshay and also gain Karan’s trust. Meanwhile, Akshay meets Megha and expresses his feelings.

© Copyright tellybest.com, 2020, 2021. All Rights Reserved. Unauthorized use and/or duplication of any material from tellybest.com without written permission is strictly prohibited.
Cached Saved on: Wednesday 3rd of March 2021 12:15:46 AMCached Disp on: Friday 5th of March 2021 10:21:24 PM