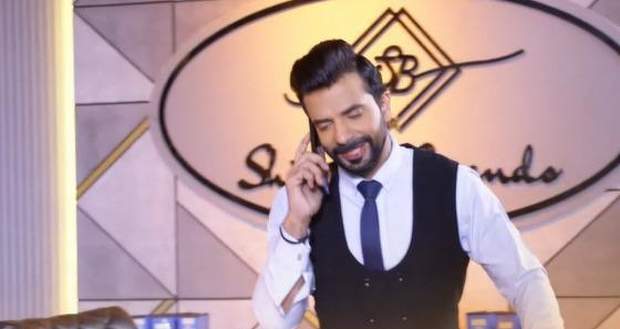 Today's Kundali Bhagya 22nd July 2022 episode starts with Arjun telling Anjali that he does not know any brother for Rishabh killed his own brother to marry his wife.

Karan also tells her that whatever will happen to Rishabh today will be his own doing.

Afterwards, Arjun asks the goon to start streaming the video so that he can watch.

Arjun watches the truck going toward Rishabh and realises his mistake but it was too late because the truck has already hit Rishabh.

Arjun acts mad and tries to awaken Rishabh and takes him to the hospital.

Anjali tells him that this is what he wants.

Arjun scolds her for thinking like that and tells her that he only wanted those goons to scare him.

Just then, Preeta and Shrishti get some message and Preeta rushes out.

Arjun is stuck in traffic and carries Rishabh on his shoulder to the nearest hospital.

Everyone is shocked at the news and goes to the hospital.

Meanwhile, Arjun puts Rishabh on the stretcher and asks for the doctor while the nurse insists on filling the form.

Arjun threatens the whole hospital if they do not take immediate action against them.

The doctor takes Rishabh to the operation theatre while Arjun stands outside worrying for him and remembering old times.

Meanwhile, the goons call Arjun and ask him where to come to collect the money.

In the meantime, Preeta and Luthra are stuck in traffic and trying to clear it to get to the hospital.

Arjun meets with the goons and beats them for putting Rishabh’s life at risk.

Later, Arjun prays for Rishabh’s life when the doctors come out asking to arrange for blood for Rishabh.

Arjun offers to donate his blood and insists nurse take more blood so that Rishabh can have his fill.

The doctor observes unusual requests of Arjun while the nurse tells him that she can only take what is permissible.

© Copyright tellybest.com, 2022, 2023. All Rights Reserved. Unauthorized use and/or duplication of any material from tellybest.com without written permission is strictly prohibited.
Cached Saved on: Wednesday 25th of January 2023 09:37:55 AMCached Disp on: Thursday 9th of February 2023 07:57:43 AM