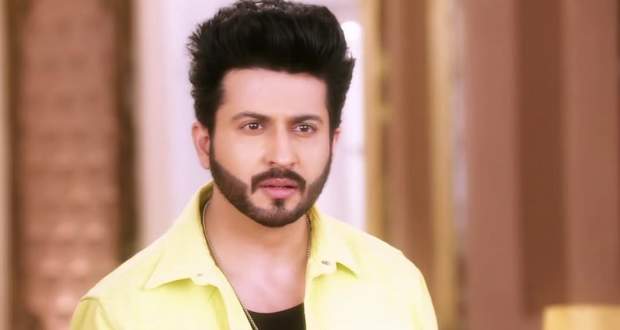 Today's Kundali Bhagya 23 April 2021 episode starts with Srishti finding out the location where Mahima is going by reading her messages while Sameer tells her to leave the mobile.

Mahima comes their way and they hide after which Srishti explains that she was not able to log out of the messaging application and follow Mahira.

Elsewhere, the constable tells Preeta that her husband was worried about her while she retells a memory of him being affectionate towards her and feels happy.

She says that she has a chance of getting out of jail only when the real killer is found.

Prithvi is going somewhere while Mahima comes from behind and takes her phone from him saying that their phone got exchanged.

He sees that his phone is unlocked and gets angry.

Meanwhile, Kritika shouts at everyone for bad-mouthing Preeta and says that she is suffering because of her.

Karan tells her to reveal the truth and she reveals that Akshay was blackmailing her of leaking photos and that Preeta was helping her.

She further reveals that Preeta has gone to meet Akshay as her and that he tried to take advantage of her even after finding out that it was Preeta.

She reveals that Preeta hit him out of self-defence.

She cries while Rakhi consoles her.