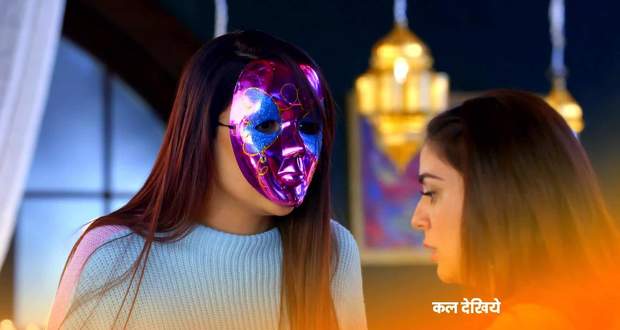 Today's Kundali Bhagya 23 December 2020 episode starts with Preeta and Karan coming to the masquerade party. The host welcomes all the guests and asks them to enjoy their evening.

Karan bumps into Sherlyn but doesn’t recognize her. Mahira also comes in front of him while later a man confronts Karan.

He is staring at Preeta and Karan warns him against his actions. He says that he was seeing Preeta with gratitude and thinks of her as a sister.

He continues to praise Preeta while Karan feels lucky to get married to her. Mahira gets angry and bumps into the boy.

Sameer thinks the driver was flirting with Srishti. Srishti and Sameer try to get Karan’s room number while Sherlyn gets upset with Mahira.

Sameer and Srishti hide and listen to Sherlyn’s plan for Karan. Meanwhile, Karan makes the man meet Preeta and she gets happy to see him.

Srishti comes to meet Preeta when Karan is not there. Srishti reveals about Mahira’s plan and asks her to enjoy the honeymoon.

Srishti says that she will take care of Mahira and Sherlyn. Mahira gets jealous to see Karan and Preeta together.

Karan and Preeta start with their romantic paper dance while Mahira fumes in anger. Karan confronts Preeta about being interested in a mature man.

© Copyright tellybest.com, 2020, 2021. All Rights Reserved. Unauthorized use and/or duplication of any material from tellybest.com without written permission is strictly prohibited.
Cached Saved on: Tuesday 8th of June 2021 01:26:12 PMCached Disp on: Wednesday 16th of June 2021 06:19:44 AM