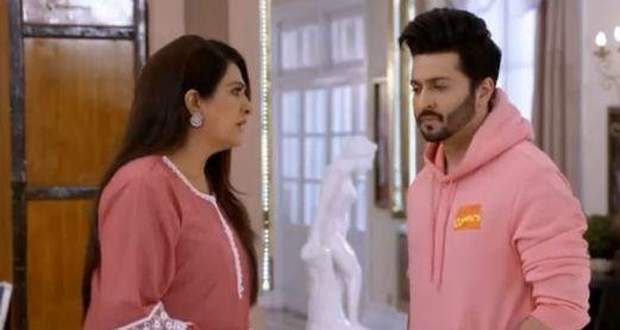 Today's Kundali Bhagya 23rd February 2022 episode starts with Biji asking to meet Preeta. Kritika informs Biji of Preeta resting in her room and asks her to wait for the doctor instead.

Meanwhile, Kareena accuses Preeta of doing nothing but rest and act, which offends Biji and she reprimands Kareena for that.

At the doctor’s arrival, everyone gathers in Preeta's room.

Later, Prithvi tells the doctor of Preeta’s suspicion on Mona for administering poison.

The doctor sends Preeta’s blood to be urgently examined and expresses her doubts about Preeta being right.

On being questioned by Prithvi, the doctor insists on waiting for the report.

Meanwhile, Mona overhears everything and approaches Prithvi for help. However, Prithvi assures Mona not to worry, as he knows the outcome of Preeta’s drama.

Alone in her room, at Karan’s indifference, Preeta accuses him of never trusting her.

Having that reminder thrown at face instigates Karan and he accuses Preeta of becoming materialistic and money-minded.

He further complains to Preeta for not even caring for him and his family.

While everyone waits for the doctor to explain the report, Prithivi is feeling overconfident.

He silently concocts his plan to prove Preeta a villain.

After a while, Shrishti insists on the doctor to tell the results but is stopped by Prithvi who wants Preeta to be present.

Preeta asks the doctor to tell the result and returns Mona’s threat.

Meanwhile, Prithvi misunderstood the doctor's surprise and interrupts her, and accuses Preeta of pretending to be poisoned.

However, the doctor clarifies Prithvi’s misconception by declaring Mona the culprit.

This shocks everyone including Prithvi, who is gobsmacked at this revelation.