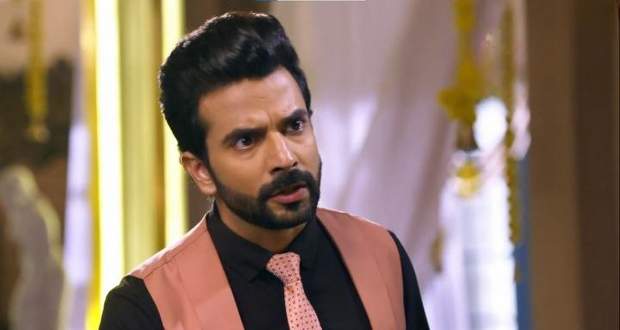 Today's Kundali Bhagya 23rd June 2022 episode starts with Karan telling Anjali her name and Nidhi’s name and then tells her that he is going home.

Anjali tries to stop him but he is not ready to listen to her.

The doctor tries to stop him but he bought the hospital and comes out and asks Anjali to call the car.

Meanwhile, the doctor comes to Anjali and tells her that he needs to be kept under observation else he will have a negative impact on his health.

After a while, Anjali convinces Karan to stay at the hospital for a little longer and get well.

The next morning, Preeta wakes up with a start and thinks of Karan.

After a while, Rishabh comes in asking for a charger when Preeta tells him that Rakhi has told her that Panditji’s prediction has always come true.

Rishabh tells Preeta that Karan is alive in their hearts in their talks and will always be alive for them.

Just then Kavya comes into their room trying to excuse herself from the school.

On the other hand, Karan’s ex-CEO comes to his room and tells Karan that Anjali has called him here.

In the flashback, Anjali remembers calling Mayank and telling him to keep Karan busy with work so that he does not think of his past and forget it completely.

Coming back Anjali tells Karan that Mayank has helped him a lot.

Later, Karan sees Preeta and Rishabh’s file and tells their photos that they have become their enemies now.

Meanwhile, Arjun goes to Luthra's house to take a feel of it.

At the hospital, Anjali gets worried to find Karan gone and calls Nidhi who scolds her for not being able to handle Karan.

She tells him to follow Karan and convince him to come back for their wedding.

Meanwhile, Karan sees Preeta and Rishabh playing happily with Kavya while getting her ready for school.

Later, Rakhi is remembering moments with Karan when he used to come after her to pacify her.

After a while, Kareena comes to her room bringing her out of her reverie and she searches for Karan everywhere.

© Copyright tellybest.com, 2022, 2023. All Rights Reserved. Unauthorized use and/or duplication of any material from tellybest.com without written permission is strictly prohibited.
Cached Saved on: Wednesday 23rd of November 2022 09:44:12 AMCached Disp on: Monday 5th of December 2022 12:23:41 PM