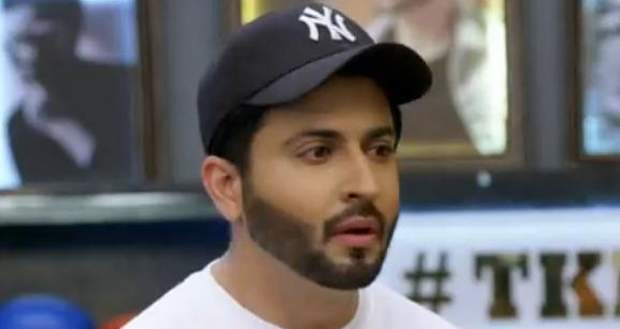 Preeta accuses Sherlyn of stealing the papers while hiding behind Karan.

Meanwhile, Prithvi intervenes and asks to search the house for the papers. Preeta agrees with Prithvi and asks to start with Sherlyn’s room.

To stop the fighting Karan offers his room to be searched first and takes the police to his room.

At Shrishti’s house, Janki aunty emotionally tortures Shrishti for leaving the house while Biji rescues her.

In return, Biji blackmails Shrishti to arrange liquor for her.

While searching Karan’s room, Rakhi comes inside and is surprised to see the police.

While the family drama unfolds, Prithvi spots a red folder that looks like Preeta's, in Karan’s room.

However, Karan denies having any involvement in it.

Seeing the police arrest Karan, Preeta tries to take back her complaint but the police do not agree to that.

On checking the file, Preeta finds newspaper clippings instead of property papers and stops the police from taking Karan.

Unable to find the papers in the initial search, the inspector informs Preeta about sending a special team tomorrow.

Later, Shrishti tries to comfort Preeta at another failure and advises her, to tell the truth to the Luthras.

Preeta scolds Shrishti for discouraging her from her mission while Shrishti distracts her from feeling bad for herself.

Afterwards, Preeta vows to put Prithvi out of the house, very soon.