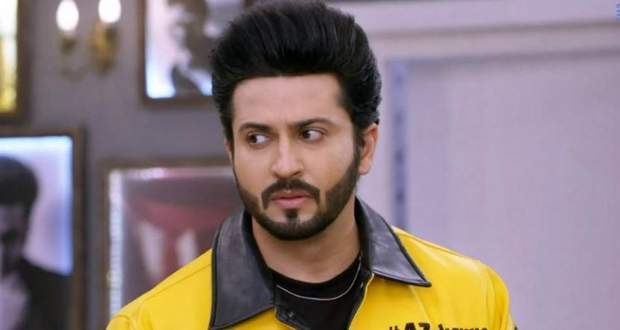 Today's Kundali Bhagya 23rd May 2022 episode starts with Preeta telling Shrishti that she shouldn't have to prove to Karan her love.

She also tells her that she does not have time to spend on Karan and Natasha's debacle because of Rishabh's matter.

Just then Sameer comes in and tells Preeta that Karan loves her just like she does and is only trying to make her jealous.

Preeta decides to teach Karan a lesson for trying to make her jealous.

Meanwhile, Natasha is meeting her boyfriend (Naman) and convinces him to support her in getting married to Karan for a secure future.

On the other hand, Karan asks Preeta about Pandit's number while Preeta pretends not to care and taunts Karan.

On being asked by Karan to live life like before, Preeta tells him that she needs to find Rishabh and bring him back home.

In the meantime, Sherlyn comes to Prithvi’s room to share her worries while Prithvi tells her to not worry.

Just then Kritika comes to Prithvi’s room and is surprised to see Sherlyn in his room.

After humiliating Kritika and sending her off, Prithvi tells Sherlyn to not worry until they have proof.

The next morning, Karan again tries to make Preeta jealous while Preeta ignores him and leaves for the hotel.

At the hotel, Janki aunty spots Sherlyn and Prithvi arriving at the hotel before time.

Preeta hides and asks Sameer to distract Prithvi so that she can come inside.

After a while, Preeta manages to enter the hotel room with the help of Janki aunty and Sameer and goes to get ready for Sherlyn’s arrival.

Later, Sherlyn arrives at the room and rings the bell, Sameer and Shristi hide while Preeta switches off the lights and talks to Sherlyn in a modified voice asking for 20 crores rupees.

Sherly gets scared to see the evidence and tells Preeta that she does not have twenty crores to give to her.

However, Preeta threatens her with the Luthra family and gives her time to think and arrange for money by tomorrow.