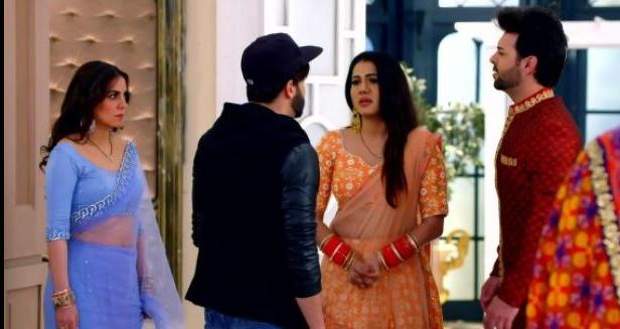 Today's Kundali Bhagya 24 February 2021 episode starts with Kritika continuing to recite her story. She reveals that they were escaping the goons and reached a place where group weddings were taking place.

They took clothes from a couple who didn’t want to get married. Prithvi puts Sindoor in Kritika’s forehead and also performs other rituals to show they are any other couple.

Karan says he still doesn’t accept their wedding while Preeta supports him.

Preeta explains Prithvi is not a nice guy while Kritika points she said exact same things about Akshay.

Karan is not ready to accept Prithvi as the son-in-law of Luthra's house. Rakhi and Daadi accept their marriage while Kareena doesn’t accept it as she was not a part of the wedding.

Kritika says that she is ready to get married again to Prithvi in front of the family. Prithvi says that he wants Preeta to do preparations for their wedding.

Kareena asks Preeta to not mess up any function this time. Later, Sherlyn is really upset while Mahira tries to console her.