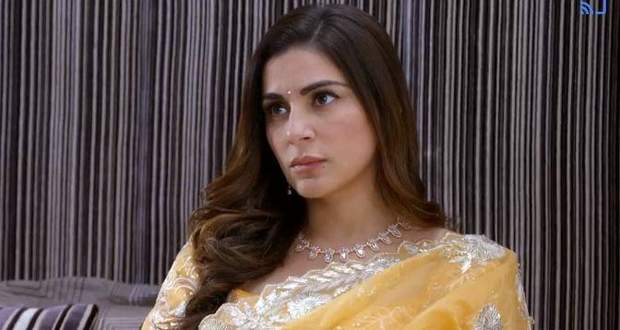 Mona again denies all charges of poisoning Preeta but Biji and Shrishti does not pay heed to Mona and starts calling the police.

However, Preeta stops Biji and asks the doctor to investigate Mona.

Later, Natasha tries to remove any evidence of Poison from Mona's bag before Karan can see her but fails.

While checking Mona’s bag the doctor discovers the poison and shames Mona for abusing her profession.

Dutifully, Preeta weaves a wonderful web of evidence to trap Mona. She also accuses Mona of abusing Mahesh as well which is why his health is not improving.

Afterwards, Preeta declares Mona a threat to the whole family and fires Mona with the agreement of the doctor.

Despite being angry, Prithvi appreciates Preeta’s move of removing Mona from the game.

Seeing Mona leave, the doctor shames Mona and assures her of filing a complaint against her.

Later, Shrishti appreciates Preeta for being such an original actor while Biji observes Preeta’s weakness and becomes worried.

Despite her weakness, Preeta confesses to Biji of consuming poison to save Mahesh from Mona’s torture.

In addition to that, she also explains that risking her life is the only choice she had because of family members' distrust of her.

Further Preeta adds that Prithvi and Mona were plotting together to keep Mahesh sick by administering some wrong medicines to him.

Hearing all this Biji praises Preeta’s bravery while Shrishti questions Preeta for loving the Luthra family to this extent.