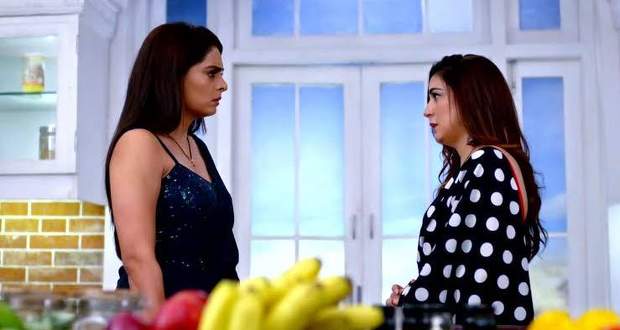 Today's Kundali Bhagya 24 July 2021 episode starts with Preeta getting a call from Shrishti who informs her of Sherlyn accepting that she has tried to kill Preeta's child and tells her to be cautious of her.

Karan takes the call from Preeta and disconnects it while she puts her head on his shoulder and tries thinking of what Sherlyn might have done.

Karan asks if she is okay to which she makes up a lie.

The next morning, Sherlyn tries to take credit for making the breakfast while Preeta comes there and ruins her plans.

Later, Karan's friend Sona makes an entry that shocks everyone as they are seeing her for the first time.

She jokes that Karan used to be in love with her in the past while he tells her to not get him killed with her jokes.

She reveals that she came to invite them to her wedding which is in Lonavala but the family refuses due to the location being far away.

She manages to convince them by telling Dadi that she will give her a surprise after the wedding and leaves.

Later, Sherlyn gets jealous seeing the happiness and throws the forks in the kitchen.

Preeta comes there and asks her why she is so angry and asks if they can mend their relationship.

Preeta further reveals that she knows she tried to kill her child but has not revealed anything to the family as they would kick her out of the house.

© Copyright tellybest.com, 2020, 2021. All Rights Reserved. Unauthorized use and/or duplication of any material from tellybest.com without written permission is strictly prohibited.
Cached Saved on: Monday 17th of January 2022 09:35:59 AM