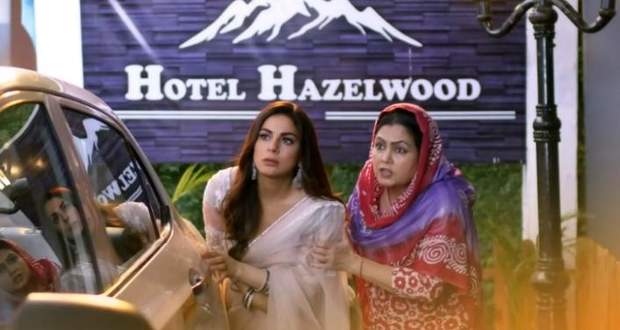 Meanwhile, Janki calls Shrishti and Preeta tells her that she has asked for 20 crores from Sherlyn which she cannot arrange in such a short time and will definitely confess her crime there tomorrow.

On the other hand, Karan tells Rakhi that he has to intensify the game. When Rakhi suggests taking Sameer's help, he denies it saying he is more close to Preeta.

When Natasha claims that Karan does not love Preeta anymore, Preeta comes in and questions Karan’s motives whereas Karan tells Preeta that he is ready to hear her today.

Preeta realises that Karan wants a confession and stubbornly denies him the chance.

Seeing Preeta quiet makes Karan says that he is getting engaged to Natasha the next day.

Karan's announcement is a shock to everyone and Preeta challenges him that she will not let him get engaged to Natasha.

Meanwhile, Sherlyn and Prithvi come back and watches the CD, however, Prithvi tells Sherlyn that it is not a big thing but on seeing the phone number he also gets worried.

Elsewhere, Shrishti tells Preeta that she needs to come clean with Karan but Preeta tells her that Karan already knows everything but doesn't believe her.

With only 5 days left, Preeta says that she has to prioritise Rishabh at the moment.

Shrishti offers to go and record Sherlyn’s confession instead of her.

After a while, Prithvi tells Sherlyn that tomorrow he will kill that blackmailer.

In the meantime, Natasha comes to Sherlyn and informs her about her engagement with Karan.

The next day, Natasha's mother comes to Luthra's house and praises Karan for becoming her son-in-law.

In his room, Karan is thinking of the past events when Natasha comes in and he tells her that he is only trying to make Preeta jealous.

Even though Natasha confesses her love for him, she agrees to help Karan in his plan.

Afterwards, Natasha tells her mother her real plan of getting engaged to Karan during all the drama and she does not care for Preeta.

Natasha also presumes that since Preeta is busy with something else, she will not fight back with all her strength.