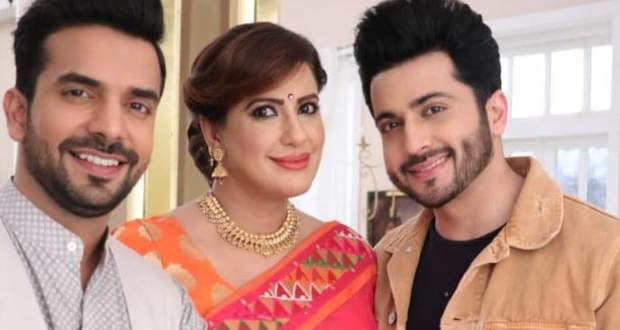 Srishti gets surprised and feels bad for Kritika for taking a bad decision.

She suspects that Prithvi is making some plan out of this marriage to threaten the Luthra family.

Later, Preeta disconnects the call and goes to check Karan who is really in a bad mood.

Karan wrecks his room in a rage and calls Rishabh.

Karan tells Rishabh that Kritika has married Prithvi which shocks Rishabh and he returns to Luthra house.

Meanwhile, Rakhi overhears their conversation and comes to speak with Karan.

Rakhi tries to convince Karan to accept Kritika’s marriage but Karan yells at her due to which Rakhi gets hurt leaves the room crying.

On the other hand, Kritika and Prithvi are happy because Kareena accepted their marriage.

However, Prithvi feels tensed due to Sherlyn and makes an excuse from Kritika to leave the room.

Srishti tells Janaki about the incidents that happened in Luthra's house which makes Janaki feel bad for Kritika for taking a bad decision.

Prithvi comes to console Sherlyn who gets angry at him and starts beating Prithvi.

He manages to calm Sherlyn and promises to tell her everything.