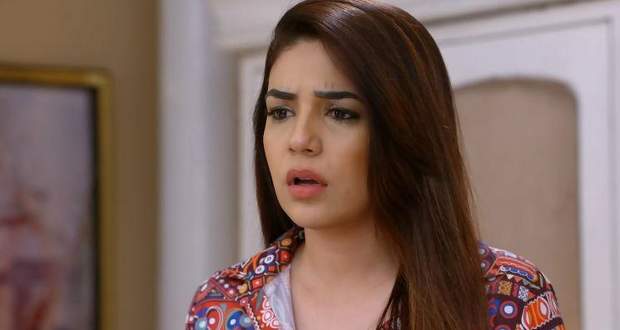 Today's Kundali Bhagya 25th February 2022 episode starts with Shrishti telling Preeta that Preeta’s love for the Luthra clan knows no bounds. She also cautions Preeta to be careful with her life too.

However, Preeta explains to Shrishti that seeing Mahesh out of the basement is worth every risk.

Seeing Preeta happy and planning Prithvi’s downfall, Biji warns Preeta to be mindful of her safety and never risk her life for anyone.

Later, Preeta informs Shrishti and Biji about a party in honor of Mahesh’s birthday.

After a while, Sherlyn accuses Natasha of failing in removing the poison from Mona’s bag.

While Natasha was smart-mouthing Sherlyn, Preeta intervenes and mocks Natasha for not complimenting Sherlyn as a sister.

Later, Sherlyn tells Natasha to be wary of Preeta as she is powerful enough to throw them out of the house.

Alone in his room, Prithvi is fuming in anger over Preeta’s success.

While pledging to kill Preeta somehow Prithvi thrashes his room in anger.

Using the party as an excuse, Preeta suggests bringing Mahesh out of the basement to get used to people.

Karan questions Preeta’s motive for bringing Mahesh out of the basement and accuses her of playing with her mother’s emotions.

Meanwhile, hearing about the celebration and bringing Mahesh out of the basement makes everyone happy except for Prithvi and Sherlyn.