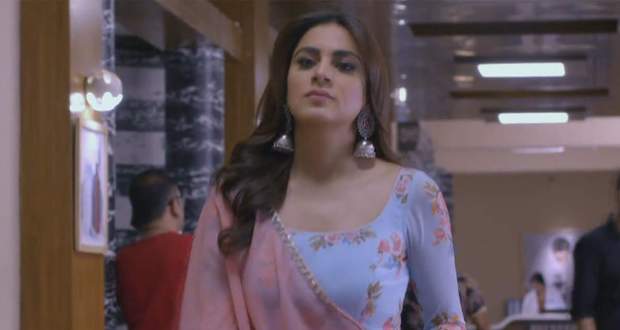 Today's Kundali Bhagya 25 March 2021 episode starts with Preeta following Kritika to see where is she going.

Mahira goes to spoil Preeta and Karan's date in the restaurant they are going to meet.

Meanwhile, Prithvi meets Akshay and gives him money to threaten Kritika so that she calls him for help.

Prithvi thinks that when Kritika will call him for help he will again become a good person in Kritika's mind.

Later, Mahira reaches the restaurant and tells Karan that she has come to meet her friend.

Preeta asks Kritika why is she worried. Kritika tells her that Akshay is blackmailing her with their past private photos and videos.

Preeta makes a plan to trap Akshay and get back Kritika's and his private photos.

Kritika tells Preeta that she is feeling scared to execute the plan.

Prithvi, Preeta, and Kritika were about to encounter each other but destiny changes the plan.

Preeta records Kritika's voice and tells her to exchange their outfits as she will meet Akshay on her behalf.