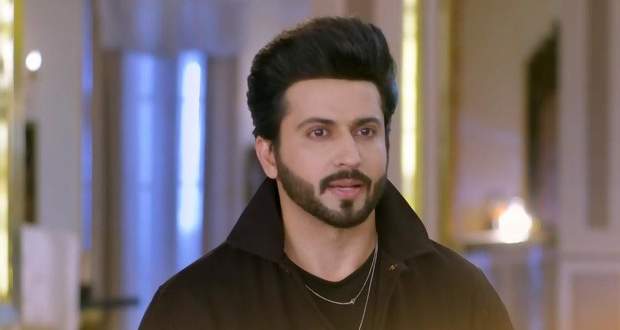 Today's Kundali Bhagya 25th May 2022 episode starts with Natasha telling her mother that Karan and Preeta’s minds and hearts are on standby and this is a perfect opportunity for her to trap Karan and become his wife.

Meanwhile, Preeta shows Shrishti the questions that she has prepared for Sherlyn and instructs them on the plan.

Just then she spots Karan in the mirror and to make him jealous she starts praising Sameer and Rishabh.

Meanwhile, Karan comes to Rakhi and shares his confusion about Preeta.

However, Rakhi tells her that he is making a big mistake by playing this drama and will also hurt Natasha.

Karan tells her that he has told Natasha about the plan and she has agreed to help her.

Rakhi doesn't look convinced and tells Karan not to go forward with the engagement if Preeta doesn’t stop him but Karan refuses her advice.

Meanwhile, Sherlyn comes to Prithvi worrying about the blackmailer.

Prithvi tells her to trust him and that he will never allow their secret to come out.

Sherlyn is afraid of the blackmailer escaping him.

He plans to go to meet the blackmailer instead of Sherlyn and will make him pay dearly.

In the meantime, Karan comes to Preeta wanting her to stop him but Preeta in her stubbornness tells him that she will not tell him anything because he always does the opposite of whatever she tells him.

Karan also questions Preeta about thinking Rishabh is smarter than him whereas Preeta tells him that it is a fact.

Later, Karan goes to get ready like a petulant child.

However, Preeta tells him that this engagement will never happen because Preeta and Karan are inseparable and made for each other.

Sherlyn tells Prithvi that they need to be cautious of people who know their secrets.

At the party, Natasha’s mother tells her that Natasha really likes Karan a lot.

Rakhi brings Mahesh to the party and tells her that he will enjoy the happening of the party.

Later Shrishti observes Karan coming to the party and looks at him angrily.

Karan comes to Preeta asking about Natasha but Natasha finds Karan herself.