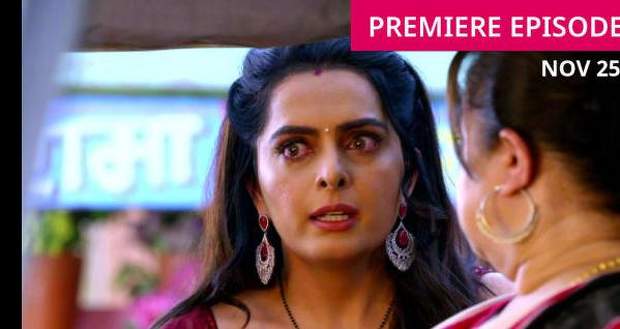 Today's Kundali Bhagya 25 November 2020 episode starts with the police taking Sarla to the police station. Sherlyn tells the police to give punishment to Sarla while Janki tries to stop the police.

Sherlyn tells Sarla privately that she has made a new plan against Preeta to get her out of the house. She further says that her daughter is not well.

Sherlyn is excited that Preeta will soon get in trouble. The police take Sarla while Sherlyn mocks Janki and leaves from there.

Meanwhile, Kareena and Dadi are worried for Sherlyn while Mahira does acting of calling her and being worried. Sherlyn comes at the same time and acts of being dizzy.

Kareena and Dadi go to get water while Mahira makes her sit on the bed. Sherlyn tells Mahira that their plan got successful.

They both get delighted with their succession plan and plan to break Karan and Preeta’s alliance. Meanwhile, Preeta doesn’t eat anything and Sameer points her goodness.

Srishti and Sameer discuss Karan and Preeta’s feelings. A friend of Preeta comes from Banaras to meet Preeta.

Sarla faces allegations at the police station but she knows nobody will believe her. Elsewhere, Janki arrives at Luthra house and calls out for Sherlyn.

Srishti and Preeta also overhear her voice and rush downstairs. Sherlyn and Mahira also arrive and get excited about the scene created by her.

Rakhi comes downstairs and asks Janki about the reason for her shouting. Janki further tells Preeta that Sherlyn has got Sarla arrested.

© Copyright tellybest.com, 2020, 2021. All Rights Reserved. Unauthorized use and/or duplication of any material from tellybest.com without written permission is strictly prohibited.
Cached Saved on: Tuesday 8th of June 2021 05:54:15 AMCached Disp on: Wednesday 16th of June 2021 06:07:12 AM