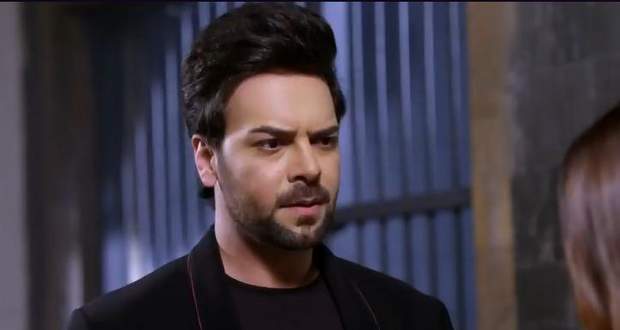 Prithvi assures them that they should not worry about anything as he will take care of everything.

He requests them not to trust Preeta because she is playing a big game.

Kareena tells Prithvi that they have seen Preeta’s interview and know her truth.

Just then Preeta comes in and Prithvi dramatises her entry and asks her to come and pretend to play nice with everyone.

However, Preeta controls her emotions and tells everyone that she does not need to explain herself at all. She also pretends to be worried about the expenses of freeing Karan.

Meanwhile, Sameer reaches Karan and assures him that no one in the house suspects him.

Sameer tells Karan that someone is definitely trying to frame him.

Karan tells Sameer that he thinks it to be Preeta.

At the Luthra house, Preeta is feeling alone and comes to Mahesh to seek his support.

Preeta tells sleeping Mahesh, that her strengths are dwindling and she is losing hope and needs him to have faith in her.

Preeta is still unaware that Prithvi is behind Karan’s arrest and wonders about the person who is after Karan.

After venting her sorrows, Preeta feels better and vows to save Karan and Luthra's house.

In the meantime, Shrishti also comes to convince Karan to not think against Preeta.

However, Karan is assured that Preeta is after him because she is feeling insecure and fears losing her power.

Shrishti again tries to convince Karan but he scolds her and tells her to go and never return as Preeta’s sister.

In his room, Prithivi is enjoying his drink while Sherlyn warns him against Preeta.

Prithvi is sure of his plan and tells Sherlyn that his plan is foolproof and he has targeted them all at once.

He also tells Sherlyn that Karan suspects Preeta now and soon their relationship will also break.

He tells Sherlyn that soon Luthra family will lose his final heir and then he will become the unchallenged king of Luthra's house.

Afterwards, Preeta calls the lawyer and asks for the private investigator's number.

The lawyer tries to counsel Preeta against Karan but she stops him in the middle and tells him that she has full faith in Karan and asks him to do the same and send her the private investigator’s number.

Later, Shrishti tries to convince Sameer but he is feeling hurt and angry at seeing Karan in the lockup and tells Shrishti that he will only listen to his brother and will work on getting him out.

Shristi calls after him but he leaves her behind.