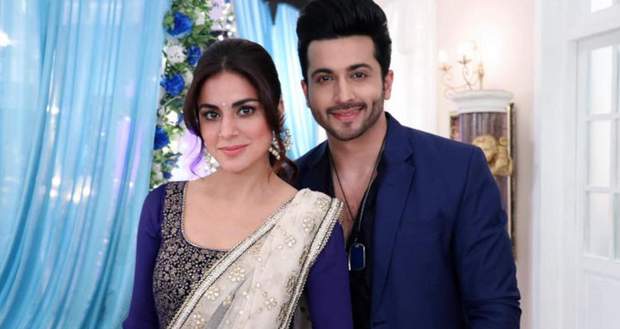 Preeta goes to meet Akshay. Akshay asks questions to Preeta she then plays the recording. Akshay believes that Kritika has come to meet her.

Preeta covers her face completely so that Akshay doesn't recognize her. She gives him money and tells him to give the evidence.

Akshay then misbehaves with Preeta and her face gets uncovered. Akshay is shocked to see Preeta. He then tries to harass her.

Preeta hits Akshay in self-defense and takes the Pendrive, laptop, and photos with her. Akshay lies unconscious on the floor.

Kirtika thanks Preeta for helping her.

Sameer calls Karan and gives him the good news that Mahesh came out of the coma and doctors are trying to get him back in his full consciousness.

Mahira calls Sherlyn and asks her about Mahesh's condition. Sherlyn says there is nothing to worry about he keeps on gaining back his consciousness and goes back to the coma.

The entire family is happy with the news except for Prithvi, Sherlyn, and Mahira.

Later, Prithvi, Sherlyn, and Mahira start blaming each other for Mahesh coming back to his consciousness. Sherlyn gets worried as she thinks the trust between them has started deteriorating.

Karan is upset with Preeta as she doesn't come to the restaurant for their date.

Preeta convinces Karan by spending romantic moments with him and both get lost in their romance.