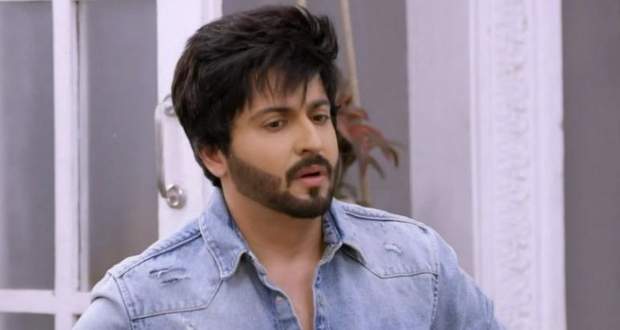 Today's Kundali Bhagya 26th May 2022 episode starts with Karan asking Preeta about Natasha when she comes.

Karan compliments Natasha while she asks Preeta to request her then she will stop this engagement.

Preeta tells Natasha that  Karan will do whatever will make him happy.

Later, Karan asks Natasha to dance with him while Preeta stares at them angrily.

Having enough, Preeta drags Natasha away and joins Karan in dance showing the romantic bliss that they experience together.

After the dance, Preeta is about to confess when Natasha breaks the spell by informing Karan of pandit’s arrival which angers Preeta immensely.

Natasha tells Karan to go on as Preeta is getting very jealous.

Preeta is sure that Karan will not go ahead with the engagement but Karan gives a go-ahead to Panditji while Preeta stands watching with stubbornness.

Kareena gives ring to Karan and pressures him into performing the engagement.

Karan is in dilemma and ultimately throws the ring away making Preeta happy.

Just then Karan asks Preeta to hand over the ring which she offers him angrily and with pain in her eyes stares at Karan.

Karan takes the ring while Preeta looks at him with hope.

Just then police come in asking for Natasha.

Natasha is shocked to hear about her arrest order and questions them.

Preeta tells her that she has definitely done something wrong.

Meanwhile, Sameer gets the message from hotel and leaves.

Police tell them that she has come to arrest her for the accident she has done the other day.

Before leaving, Natasha tells Sherlyn to get her bail or else she will expose them.

Karan is sure of Preeta's hand in Natasha's arrest while Preeta taunts him about Natasha being arrested.

However, Karan tells Preeta that he will get her out in the morning.

After a while, Prithvi stops Preeta and praises her for getting Natasha arrested.

Prithvi asks Preeta what is she hiding which puzzles Preeta for a second.

Composing herself, she tells him that he, Sherlyn and Natasha are a band who keeps trying to come between her and Karan knowing that they are made for each other.

She also offers her condolence for failing again.

Undeterred, Prithvi tells Preeta that he thinks it was fake police called to stop the engagement.