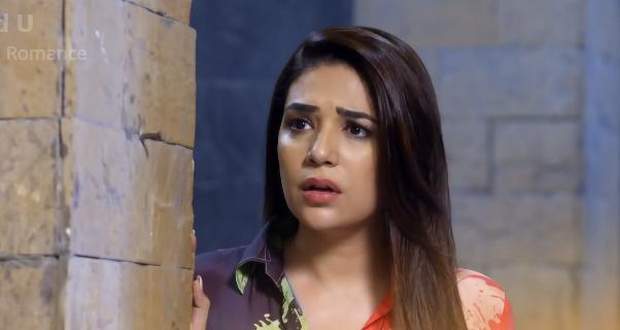 Today's Kundali Bhagya 27th April 2022 episode starts with Karan thinking about Preeta while Preeta is missing Karan and thinking of him.

Preeta talks to Karan’s photo and tells him that very soon he will understand everything that she is doing is out of love for him.

The next morning, Preeta is out to meet the private investigator while Sameer follows her.

The private investigator has a strange personality and asks Preeta to not waste time on details but pay him so that he can start his work.

Afterwards, the private investigator talks to someone on phone and tells him that for the right price he will make right look wrong and wrong look right, which Sameer overhears.

After a while, Sameer is in dilemma about Preeta and prays to God to get Karan out of jail.

Meanwhile, Shrishti comes looking for Preeta but finds Girish in the kitchen alone.

Soon Preeta comes in and is happy and grateful to see Shrishti as she is feeling alone and sad.

Telling about Karan's innocence, Preeta shares with Shrishti, Karan’s dreams and ambitions and the excitement that he felt before the jail episode.

After a while, Preeta gears up and tells Shrishti that she will be strong and will definitely prove Karan innocent.

Shrishti feels sad for Preeta who is unaware of Karan’s feelings for her.

To keep Preeta in ignorance, Shrishti advises her to let Rakhi takes lunch for Karan as Karan is angry at her after her interview.

Rakhi Is Upset With Preeta

On the other hand, Rakhi is complaining to God about Karan’s problem when Preeta comes to comfort her.

However, Rakhi is also upset with Preeta and tells her to not pretend to care for them.

Preeta feels hurt at Rakhi’s distrustful tone but keeps herself composed and tells Rakhi that Girish has suggested that Rakhi take the tiffin to Karan so she has brought it to her.

Seeing Preeta's unconcerned attitude, Rakhi thanks her sarcastically and leaves.

Seeing Shrishti, Rakhi tells her to always remain good and never change colours like her sister.