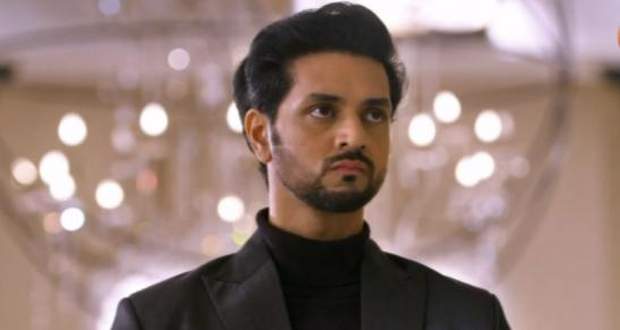 Later, she starts to lose oxygen and faints.

Meanwhile, Rishabh calls Preeta and gets worried when she does not picks up her phone.

Sameer tells Rishabh to sign the papers while Rishabh tells him that he cannot sign it until Preeta ok it.

Sameer asks Rishabh if he loves Preeta a lot.

Rishabh tells him that what he feels for Preeta is far above and beyond love.

Just then Sameer gets a call and he leaves while Rishabh tells Preeta’s photo that he respects her and worships her which is beyond love.

He tells Preeeta that he will protect Preeta and Kavya as promised.

Later, he talks to Karan and tells him that he is taking care of Preeta for him and wishes that he comes back to them as Panditji has predicted.

On the other hand, Karan begins to worry about Preeta and breaks a window to let air in.

He puts Preeta on the bench and breaks the door latch by the time peon returns with keys.

He brings back Preeta to consciousness by sprinkling water on her and leaves the room before Preeta can see him properly.

Karan self introspect and tells Preeta that he is not like her and Rishabh who kill people but he will do something to them so bad that will be more horrible than the fear of a dark room.

Preeta asks the peon about Karan who tells her that he has never seen him before.

Preeta wonders who was following her everywhere and why.

Later, Preeta sees Rishabh’s missed call and calls him back.

Preeta tells Rishabh about someone following him and she felt like he was Karan but why would he not come to her instead of following her.

Preeta tells Rishabh that she is afraid to leave the school premises while Rishabh assures her that he is just coming.

Elsewhere, Kritika is being harassed by MLA goons when Karan arrives there and rescues her.

Kritika thanks her while thinking of Karan.

After a while, Rishabh assures Preeta that there is no need to worry when he is here and promises to accompany her to school every day.

© Copyright tellybest.com, 2022, 2023. All Rights Reserved. Unauthorized use and/or duplication of any material from tellybest.com without written permission is strictly prohibited.
Cached Saved on: Tuesday 22nd of November 2022 12:10:36 PMCached Disp on: Friday 9th of December 2022 06:14:21 PM