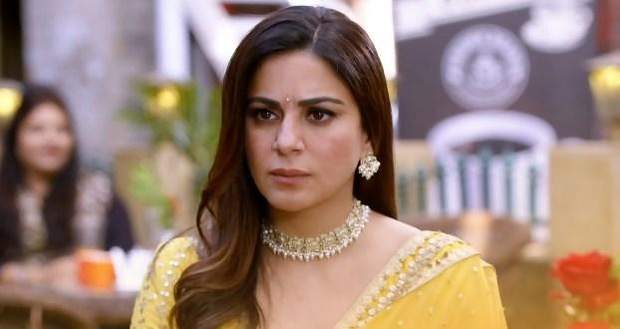 Preeta is disheartened to hear Rakhi and tells Shrishti that she is feeling very helpless and feels like Prithvi has installed cameras in the house and is keeping a watch on her.

Preeta’s gut feeling proves right as Prithvi has installed cameras in the house.

Later, lawyer Malkani comes to tell Preeta that Karan’s court hearing is in two days and asks her to share any information regarding Karan with him.

Meanwhile, Prithvi is confident that Karan will not come out of jail no matter how hard Preeta tries.

After a while, Prithvi gets a call from Sandesh and agrees to meet with him the next day.

Karan is Angry at Preeta

At the Police station, Rakhi is waiting for Karan and tells him that she has brought his favourite food.

Preeta and Shrishti are standing outside the police station watching Karan interact with Rakhi.

Karan promises Rakhi that he will be a changed man after coming out and he will trust no one.

Rakhi tries to take Preeta's side while Karan refuses to believe in Preeta.

With hatred in his voice, he tells Rakhi that Preeta is greedy for money and only wants him to play so that he can earn money for the company and when she realized that he will make more than her, she trapped him in a match-fixing case.

Rakhi slaps Karan hard and tells him that she does not believe that Preeta can do that to him.

Preeta is hurt at Karan's Distrust

Preeta overhears Karan and feels disgusted at him for thinking about her like that.

Shrishti tries to comfort her but Preeta feels wounded at Karan’s behaviour and tells Shrishti that Karan does not love her.

Just then Preeta gets a call from the private investigator and she asks him to meet her at Luthra Mansion.

At home, the private investigator tells Preeta that the media has reached Karan’s changing room before the police which means someone tipped them against Karan.

He asks Preeta to give him more money so that they can collect more evidence while Sameer sees it and misunderstands Preeta.